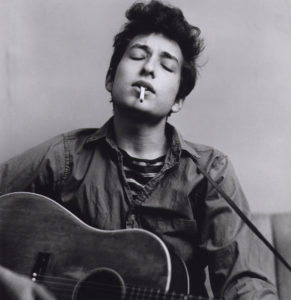 I was just starting graduate school for my master’s degree in theater, and I was teaching freshman English and speech on the St. Paul Ag Campus. I had just gotten married, to Karen, a long-legged Beatnik from Hopkins. Our children were born there. I found out later that my mother and father used to meet in the rooming house next door, 323 13th Ave. SE, just after they were married. My mother was afraid to tell her mother that they’d run away—and not to a Catholic church. So I was conceived illicitly, if not illegally and illegitimately. My daughters call the area the Felien Mating Ground.
Dinkytown was fun in the Sixties.

“There was music in the cafes at night and revolution in the air.” –Dylan

The best place to hear music was The Ten O’clock Scholar on the east side of 14th Avenue between 4th and 5th Streets. Spider John Koerner used to play there. It’s where he met Dave Ray and Tony Glover. The coffee house was run by Bobby Fishman and later by Dave Lee.

Dave Lee had a good run for it. He bought The Holland Bar on Cedar Avenue, turned it into Caesar’s and had great business for 30 or 40 years. What he was most famous for in the Sixties was he fired a folksinger who couldn’t seem to hit the notes, a new kid, Bobby Zimmerman, and kept Koerner.

I always thought that had something to do with Dylan’s “Positively Fourth Street”:

You say I let you down, ya know it’s not like that
If you’re so hurt, why then don’t you show it?
You say you’ve lost your faith, but that’s not where it’s at
You have no faith to lose, and ya know it

I know the reason, that you talked behind my back
I used to be among the crowd you’re in with
Do you take me for such a fool, to think I’d make contact
With the one who tries to hide what he don’t know to begin with?

You see me on the street, you always act surprised
You say “how are you?”, “good luck”, but ya don’t mean it
When you know as well as me, you’d rather see me paralyzed
Why don’t you just come out once and scream it

No, I do not feel that good when I see the heartbreaks you embrace
If I was a master thief perhaps I’d rob them
And tho I know you’re dissatisfied with your position and your place
Don’t you understand, it’s not my problem?

But I have no idea if that’s what the song is supposed to mean.

I’m still trying to figure it all out.

From the Minnesota Historical Society:
Before Bob Dylan headed to New York to become one of the world’s most renowned folk singer/songwriters, he made music as a virtual unknown in Minneapolis while attending the University of Minnesota. Now, an original recording of one of Dylan’s legendary impromptu performances at an apartment in 1960 has found its way to the Minnesota Historical Society Library.

Thanks to Minneapolis resident Cleve Pettersen, the original recording of what fans and music buffs know as the “Minnesota Party Tape” is now available for the first time to the public at the library in the Minnesota History Center in St. Paul. Pettersen was just a teenager in 1960 when he bought his first reel-to-reel tape recorder and spent a lot of time in coffeehouses in the Dinkytown neighborhood near the University of Minnesota. Pettersen wanted to get a local folk singer to sing songs into his new recorder and asked some local musicians who would be willing. A young Bob Dylan agreed to be recorded. Pettersen went to an apartment on 15th Avenue SE in Minneapolis and hung out with Dylan, Bonnie Beecher and “Cynthia”—another local musician and friend of Dylan’s. Pettersen set up the recorder and Dylan casually sang 12 folk songs into it.

Petterson has been the sole owner of the original tape ever since—until he made the decision in 2004 to donate it to the Society for all to enjoy. ”The surfacing of this original recording should correct all the rumors and speculation circulating on the internet and within the circles of Dylan followers and music critics,” said Bonnie Wilson, curator at the Society. “Citizens donating historically significant items and artifacts, such as this recording, have enabled the Society’s collections to grow and make rare works accessible to all.” The playlist includes: “Blue Yodel No. 8,” “Come See Jerusalem,” “San Francisco Bay Blues,” “I’m a Gambler,” “Talkin’ Merchant Marine,” “Talkin’ Hugh Brown,” “Talkin’ Lobbyist,” “Red Rosey Bush,” “Johnny I Hardly Knew You,” “Jesus Christ,” “Streets of Glory” and “K.C. Moan.” The original tape is copied onto CD and cassette formats and is now available for listening at the library free of charge. Making copies of the recording will not be allowed.

The library hours are Tuesdays, noon to 8 p.m.; Wednesday through Friday, 9 a.m. to 5 p.m.; Saturdays, 9 a.m. to 4 p.m.; closed Sundays and Mondays. This recording will become a part of the expansive collections at the Society, including more than 2,000 sound recordings, 4,000 newspaper titles, more than 350,000 photographs, and more than 36,000 cubic feet of manuscripts.