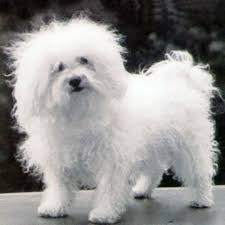 A friend’s beaten dog inspired the kindness of Southside Pride’s IT support person. Celia Wirth and her husband, Ron Wirth, are friends with a senior citizen, Gemma Barry,  who lives a few blocks from the restaurant/bar where Ron is a brewer, Roma in Mahtomedi (50 beers on tap). The restaurant, according to Celia’s description, sounds like a “Cheers” environment where everybody knows your name. Barry, who volunteers as a greeter at the bar on weekends, gets there in her electric wheelchair. She is a widow who lives in her own home and was renting out a room to a 24-year-old young man.

Recently, she had been telling Celia and Ron how her dog, Frodo, a bichon frise, seemed to be afraid of her boarder. So she was a little nervous about leaving home. One day Barry went to the restaurant as usual, but then went home after about an hour. Her dog was bloody and severely injured. She called a friend to help her get Frodo to the vet. The vet did everything possible to save the dog, but he died. The vet bill was $2,700, not anything Barry could afford.

Ron had the idea to put up a box in the restaurant asking for donations to cover the vet bills. Celia agreed. They told people about the injured dog and the vet bills. They said they’d match whatever donations came in. The White Bear newspaper got a hold of the story and wanted Celia to come to Roma for a photo with Ron. While she was there (about five minutes) two people came up and wrote checks, which kind of reflected the speed with which the money was flying into the donation box. Celia was a little worried about the amount they might have to match, but she said they would keep their word. They took in $1,260, so, with the match, it was almost enough to cover the vet bill.

The boarder has not returned since the woman found her battered dog. The police are now looking for him.

Celia said the donation box was a very big project. (No good deed goes unpunished.) No regrets, however.

Celia Wirth is Southside Pride’s IT support person. We knew she was kind of a superwoman with a good heart, but this story confirms it.