The secret language of lovers 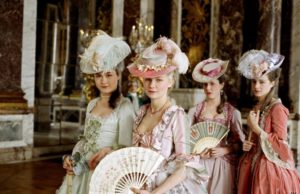 How did clandestine lovers communicate in the days before email, cell phones and Skype? Well, not surprisingly, it wasn’t easy. And just like today, when even encryption will fail if you don’t use it right, sometimes things didn’t work out so well. Take Romeo and Juliet, for example: Maybe they would have lived to grow up if the first one to fake a suicide could have sent a cheeky little text warning the other about it. Instead they had to rely on a nurse and a priest, the actual villains of the play in my opinion, to carry their messages.

One way was secret codes. Secret codes are probably as old as language itself. Secret codes can be spoken, written, pictorial or even musical. They can also be objects. Think about it. Some coded objects aren’t even secret: a half-mast flag to signal mourning or upside-down for crisis; an ambulance’s siren to say “get out of the way”; All the flim-flammery of bridal attire—something borrowed, something blue, throw the bouquet, throw the garter, marry in red, wish you were dead. You may have heard of historical codes such as “the secret language of flowers.” That one is real, (more below), but it’s not especially secret. You may not have heard of “the secret language of stamps,” which is also apparently real and was semi-secret. There have been various clothing codes: “the secret language of fans, parasols, gloves and handkerchiefs.” Most of these are not real. The whole problem with widely known and accepted “secret” codes is—well, it’s right there, isn’t it? If it’s not widely known, it’s useless, but if it is widely known, how is that even secret?

The language of flowers was a passion of the Victorians. Wealthy families built massive hothouses and imported exotic blooms. The sciences were beginning to flourish, and botany was a favorite one, with many new species discovered and catalogued. Old medieval botanical knowledge was studied and incorporated into this frivolous past-time of coding the flowers’ language. Scores of expensive, lavishly illustrated books tutored the gentry and middle classes on the intricacies of flower meanings. But for some of the poor, it was far from frivolous, it was a bare and exhausting living. Social researcher Henry Mayhew noted, in his groundbreaking book “London Labour and the London Poor,” 1851:

“[O]ne experienced man computed, that in the height and pride of the summer four hundred children were selling flowers on Sundays in the streets. The trade is almost entirely in the hands of children, the girls outnumbering the boys by more than eight to one. The ages of the girls vary from six to twenty, few of the boys are older than twelve, and most of them are under ten. They are generally very persevering and will run along barefooted, with their, ‘Please, gentleman, do buy my flowers … Do buy a bunch, please, kind lady!’ ”

A few of the codes of flowers survive today. Many people know that red roses are passion, while white roses show a more chaste admiration, with pink being somewhere in between and yellow indicating mere friendship. Most people (but, curiously, not one of my three husbands) know that yellow blooms are appropriate for get well visits or Mothers Day, but not for courting or a wedding anniversary. Other flowers that could signal a passionate interest or erotic pursuit of a lady included purple violets, honeysuckle, camellias, gardenias, dwarf sunflowers and red tulips. The lady could send flowers in return, and if she needed to reject this potential lover, she could send yellow or variegated carnations, burdock, crocus, dragonwort, foxglove, marigold or lavender. With such a language to choose from, Victorians invented posies, small bouquets of mixed flowers, to send a complex message. The bridal bouquet of today often combines flowers for happy marriage (myrtle), fidelity in marriage (ivy), and fruitfulness (baby’s breath) with red or pink roses. “At her wedding in 1858, Princess Victoria, the eldest child of Queen Victoria, carried a sprig of myrtle taken from a bush planted from a cutting given to the Queen by her mother-in-law. Thus began a tradition for royal brides to include myrtle in their bouquets. In the royal wedding of 2011, Catherine Middleton included sprigs of myrtle from Victoria’s original plant in her own wedding bouquet.” [The Language of the Flowers, fiveminutehistory.com]

What of the languages of fans, parasols, gloves and handkerchiefs? This started, also, in the Victorian era, and it started as a sort of early ad campaign for fans, which were tremendously in vogue for parties. But it never went viral. Other fan makers and retailers jumped on board, but their various cheaply printed guides to the “language” didn’t even agree with each other, making it pretty useless as a code, secret or not. Not deterred by the failure of the fan campaign (to be fair, the focus group hadn’t been invented yet, let alone the internet survey, so how could they know it wasn’t working?) sellers of parasols, gloves and handkerchiefs all had a go, but by now the public wasn’t interested. They bought parasols to keep the sun out of their eyes, and handkerchiefs to blot their tears, and they used flowers, telegrams and secretly posted letters to communicate with their suitors and suitees. Before we get into actual language, there was one other successful secret code invented around the Victorian era, and this one actually was a little bit secret, yet fairly widely used. The Victorian era was also the time of the rise of modern postal systems. Postcards and postage stamps became a thing, alongside telegraphy. My favorite Victorian author, Anthony Trollope, was also a postmaster, and invented the iconic red “pillar box” in Britain. Basically what one did was address an innocuous message on a postcard, and then place the stamp in an odd position that signalled something quite different from the words thereon. The hobby of stamp collecting also started around this time, so one could justify getting or sending loads of postcards, often with extraneous stamps, and no one was the wiser until the little philatelist eloped with a Venetian playboy. Also thanks to philately, we have many examples of this to show that it actually did catch on, even though, for obvious reasons, it didn’t survive into the 20th century.

Secret codes are something women, by and large, are inherently good at. And a facility with language, including codes, is often quite attractive to a woman. The Bletchley Circle is only the latest in the long saga of women quietly in the background inventing, using, and breaking codes, while the men get credit. It was decades before history realized that Augusta Ada King, Countess of Lovelace (née Byron; 10 December 1815 – 27 November 1852) was the actual inventor, along with Charles Babbage, of the modern computer, and also the first programmer, so the inventor of the actual concept of code. Admiral Grace Hopper (née Murray; December 9, 1906 – January 1, 1992) invented COBOL, still the most widely used computer code in the world. (There are over 220 billion lines of COBOL running today, comprising 80% of active code.) Elizebeth Smith Friedman (August 26, 1892 – October 31, 1980) along with her husband, William Friedman, whom she had taught cryptology to, became essentially the founders of the science of cryptanalysis and the first security consultants in the world.

A lot of the history of secret codes is bound up with the history of secret loves. Sex is a powerful motivator to invent things, as well as to sell things. One of the oldest texts on love, the Kama Sutra, included codes for secret communications as one of 64 “arts” that a man must master before he could be considered a worthy lover. Women in 4th century India were such naturals at this that they didn’t have to put in the hours studying the complex, non-verbal system of coded messages, and also this particular art was so important to them, that they would drop a man like a hot potato if he failed to master it. This is according to Seema Anand, Indian-British author and expert on the Kama Sutra, in her recent book, “The Arts of Seduction.” To give an example of how complex the Kama Sutra’s system, which includes clothing, food, gestures, and objects, is: In order to arrange a tryst while in full view of the public, the suitor would point to a finger joint. With 14 finger joints on each hand, every finger segment equated to a particular day in the moon cycle, and the suitor would point to each segment until the object of his suit would make an assenting gesture, also highly coded and subtle.

One of my favorite websites for outrageous trivia, Mental Floss, had an article Sexting codes of the 1930s in November, 2013. In the two world wars, letters to and from soldiers and others at the front or working for various War Departments, were heavily censored. In order to disguise their x-rated comments to lovers, correspondents used various ingenious acronyms to convey phrases. It’s not such a far cry to see texting codes today the same way. But such acronyms as ROTFLMAO and even WTF are childish compared to some of these racy codes of days gone by. One I knew already, from my British husband, is NORWICH, which stands for (K)nickers Off Ready When I Come Home. And there was similarly BURMA (Be Undressed Ready My Angel) which the censors apparently got really sick of, EGYPT (Eager To Grab Your Pretty Tits), and CHINA (Come Home I’m Naked Already.)

Finally, there is a great tradition of secret codes and ciphers and numerological puzzles in great music, the most famous of which is probably the entire Enigma Variations of Sir Edward Elgar. Elgar, although devoted to his wife, who sacrificed her inheritance and social standing to the arduous task of taking care of him, had a long string of very intimate female friends throughout his life. The one in sway at the time he wrote Enigma was Dora Penny, whom he called Dorabella, and among other cryptic remarks he once said that only Dorabella could really solve the enigma (which has not been definitively solved to this day). Elgar was interested in wordplay and ciphers as much as music, and sent Dora Penny a very famous coded message that also remained unsolved for decades. So maybe there is a romantic angle to music’s prime enigma? A fascinating (but long!) New Republic article, which can be found at https://bit.ly/2kXh75d, explains one possible solution to the Enigma Variations.