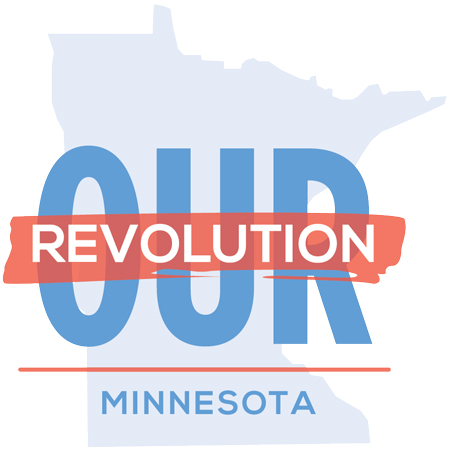 Our Revolution (OR), the young radicals from the Bernie Sanders campaign, has dug in and is determined to sweep conservative Democrats and the Northside Machine out of City Hall.
Ward 1: OR-endorsed Jill Pessenda led on all ballots and ended up with 51% before the Convention adjourned without an endorsement.
Ward 2: Incumbent Green Party candidate Cam Gordon was endorsed by OR and the DFL declined to challenge him—even though DFL City Chair Dan McConnell spent $2,000 of the DFL’s money to conduct a poll to see if his wife should run.
Ward 3: There are a number of progressive candidates running in Ward 3.  Steve Fletcher had OR’s endorsement for the Convention May 6.
Ward 4: Phillipe Cunningham has OR endorsement and he beat incumbent Council President Barbara Johnson to a draw.
Ward 5: OR candidate Jeremiah Ellison beat incumbent Blong Yang and won the DFL endorsement.
Ward 6: In the only setback for OR this season, incumbent Abdi Warsame won the DFL endorsement in the 6th Ward after OR-endorsed candidate Mohamed Noor and challenger Tiffini Flynn Forslund refused to attend the convention because of threats and intimidation. Last month, a sergeant-at-arms in the 9th Ward Convention lost a tooth trying to contain Somali spectators from flooding the hall.
Ward 7: OR candidate Janne Flisrand fought powerful incumbent Lisa Goodman to a draw.
Ward 8: Andrea Jenkins ran for DFL endorsement unopposed.
Ward 9: OR-endorsed incumbent Alondra Cano beat back challenges from former City Council Members Gary Schiff and Tony Scallon to win DFL endorsement.
Ward 10: OR-endorsed Lisa Bender won DFL endorsement.
Ward 11: OR-endorsed Jeremy Schroeder commented: “Our scrappy-but-mighty campaign earn-ed more votes at the convention than the two-term incumbent.  Securing the endorsement outright would have been fantastic, but we showed without a doubt that my campaign has the momentum, support and energy to win in November.  I am excited to continue our grassroots, neighbor-to-neighbor campaign through Election Day.”  We asked Schroeder what was the most important issue facing the 11th Ward: “Affordable housing.  Too many of our neighbors face homelessness or housing instability. In Ward 11, our aging neighbors grapple with a lack of affordable options for downsizing. Minneapolis’ extremely low rental vacancy rate exacerbates these tensions. We need to pad the Affordable Housing Trust Fund, which can be used to preserve affordable units. We also need to revise the zoning code to enable more housing options, including duplexes and townhomes in Ward 11. In addition, we need to harness land trusts to promote long-term land affordability.”
Ward 12: OR-endorsed incum-bent Andrew Johnson, as was expected, walked  all over Will Jaeger at the DFL Convention Saturday, May 6.
Ward 13: There was no OR endorsement and the incumbent, Linea Palmisano, was endorsed.
OR endorsements were based on answers candidates gave to these questions:
Do you support a $15 minimum wage without a tip credit?
Do you support a municipally-owned electric and gas utility in order to meet Minneapolis Climate Action Plan goals?
Do you support participatory budgeting in Minneapolis?
Do you support mandatory inclusionary zoning in Minneapolis?
Do you support allowing all residents voting rights regardless of citizenship status in Minneapolis?
Do you support divesting from fossil fuels and big banks and investing in a municipal bank or credit union?
As representatives of the residents of Minneapolis whose taxes pay for our police, do you support redistributing police funding from the budget and police union contract if they don’t implement training and hiring practices to ensure more equitable outcomes for Minneapolis residents?