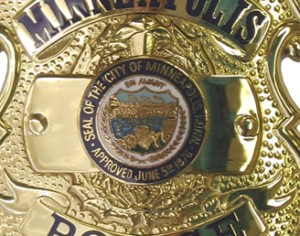 We do not need a change of the Palace Guard. Replacing the chief of police is not the solution to the problem with the Minneapolis Police Department. The problem is there is no accountability. The MPD officers believe they are above the law. They believe their badge and their gun make them the law. Their recently re-elected leader, Lt. Bob Kroll, is the leader of City Heat, the neo-Nazi motorcycle gang. He has been sued by black members of the MPD (including the chief designate) for racist behavior. He has been prosecuted for use of excessive force as a member of a tactical squad special unit. He is the public face of the MPD.

1. The actions of the MPD must be subject to review by the Minneapolis Civil Rights Commission. Every other employee in Minneapolis, every other citizen or visitor to Minneapolis is subject to the civil rights ordinances of Minneapolis. The MPD are exempt. This tells them they are above the law. This can be changed by an action of the City Council.