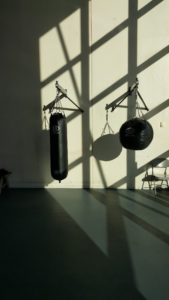 Many years ago a little piano student of mine wanted to play a scary Halloween song. When we couldn’t find anything he liked, I wrote him a simple piece about the howling wind, the gusting, cracking wind, a windy Halloween night, when the trees groan and rattle their branches, and headless horsemen ride off into the forest.

Later,  intrigued with the wind idea, and because my friend Stanley suggested I expand the piece, I entered more deeply into my imagination and developed a larger song.  I thought about the wind on fall nights in Kansas, the craggy, leafless branches creaking and sweeping from one side to the other. I tried to play the erratic, unpredictable power of the wind. From one gust to the next is  always a non sequitur.

When I was a young teenager I used to go outside at night and swoon to the moon, the jagged trees swaying in the wind, the wheat fields in the distance. “I am mistress of the night,” I would declaim. I felt so claimed by the universe.

My brother Joel told me that when he was little he thought the wind was blowing because the trees were moving. Imagine if that were true.  Of course now he knows like most of us do that the wind is caused by hot air and cold air meeting and air pressure and diffusion and all those things.

What causes what? It’s important for children to learn what causes what. I used to tell my piano students that if you practiced your piano pieces it would get easier to play them. Some of the children didn’t believe me.

Owing to my little student’s lack of confidence in my “theory”— that practicing works—, he sadly didn’t learn the original simple piece about the wind.

I have been writing music with parallel narratives for about 30 years. I performed my third set of pieces with narratives last fall, Piano Stories III. There were 10 of them and Southside Pride is publishing one a month until they are done. There is a link to the music at www.southsidepride.com. This piece was recorded by Mark Klaassen and performed by myself on piano.