District 62A, reconvened: An analysis 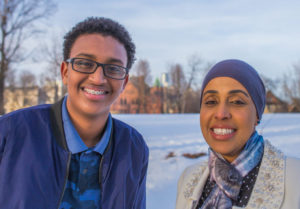 April 7, at the American Indian Center on Franklin Avenue, there was a large turnout, a very diverse crowd, many East African folks, lots of Native Americans, some Latinos. A friendly crowd, but I sensed an undercurrent of tension. Not racial tension exactly, but partially, political tension. Lots of people wanted to know what was going to happen in response to the previous failed convention. Were we going to talk about it?

The supporters of Hodan seemed organized. They told me they thought that they had enough votes for an endorsement if they could have a vote. They wanted an endorsement vote. They feared that in a primary, with multiple East African and female candidates and with them being outspent, they might be at a disadvantage. They said that the DFL endorsement was the way low-income progressive candidates could get an advantage.

Matt Musel, longtime activist, told me that he believed the 62A delegates deserved the right to at least have a discussion about what had happened and talk about whether they wanted another convention to try to endorse. He felt they needed the opportunity to heal—they deserve that. He was talking to the leadership about how that could be done. He said he was told it would take a two-thirds vote to amend the agenda to allow such a discussion. He said he was going to try.

The other candidates were threatened by this. It seemed they felt that even a discussion about the issue was something they would not support. They too believed that Hodan would win an endorsement and therefore wanted to go to a primary. I thought they were wrong. A discussion would be healing, and good for people. They could vote down having another convention, they could defeat having an endorsement, but why deny the delegates the right to speak?

The motion was made. The chair ruled that since it was a motion to suspend the rules, no debate was allowed. Then they had us sit there for 45 minutes to an hour with nothing to do while they upgraded alternates and waited for an upgraded credentials report before a vote. This was wrong, wrong, wrong. They could have used that time to allow people to speak, had some speakers for and against a third convention, or have some speakers talk about their reactions to the previous convention, or have some people talk about some of the controversial resolutions, or even have people who were running for central committee give longer speeches. Something with content rather than nothing.

Anyway, when we had the vote, it failed to get the two-thirds to pass. Other candidates worked the floor against the motion. They preferred a primary,

This convention was a wasted opportunity. Conventions are meetings of people in our community, people who care about making our lives better, getting involved. The right wing, say Democrats, is a party of special interests. But what are special interests but people organized to improve their lives—immigrants, workers, LGBTQ, women, environmentalists, education policy wonks, human rights activists, civil rights advocates, policy nerds, socialists, veterans, disabled people, childcare experts and more? At these gatherings we get together to learn from each other, organize each other and support each other.

The DFL, at its best, nurtures, empowers and strengthens our community. I am afraid this convention did not.