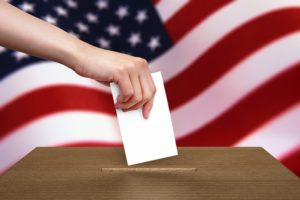 We support candidates who will stand up to the administration and have shown us they DO, or who we believe WILL, put the needs of their community above their careers. Party endorsements are not as important as character. We are not always right, we have been burned in the past, but this is our best judgment.

Amy Kloubuchar is the incumbent. She has never met a foreign intervention she doesn’t support, tries much too hard to be fair to Trump appointees and be a neutral civil arbitrator when we need our Senate to stand up and resist the evil that is being done in our name. Unfortunately, there is no credible candidate that we can recommend.

This is the replacement for the last two years of Al Franken’s term. The incumbent was appointed to this seat by Governor Mark Dayton. She is former Lieutenant Governor Tina Smith. Senator Smith has the DFL endorsement.

Richard Painter is the former ethics council in the Bush administration. If the irony of that gives you cognitive dissonance it does me also. By all accounts he is a sincere decent man, But who is he? He appeared on the scene a year ago with lots of media time trashing Trump and then getting a job in Minnesota. His record is so clean it seems like he is the result of a massive computer search. Now he is running the perfect campaign against probably the most vulnerable Senate seat in the country. If some wealthy powerful person or group wanted to put someone in the Senate, they would find someone with a clean record, put them in some professorship in the state. Give them lots of media time, lots of money. Find a seat with an incumbent that was appointed and didn’t have a lot of support. Na, couldn’t happen, never work.

Tina isn’t clean. She was Dayton’s point person on the stadium, and did her job well, which predisposed me to dislike her, but she is a hard person to dislike. She also recently supported the land swap for the PolymMet Mine. This is in my opinion the wrong decision and does not bode well. On the other hand Ms. Smith has been in Minnesota, has paid her dues, and I am inclined to give her the two years and see how she does, but we expect her to fight fight fight. On the other hand, I don’t have three hands, and who knows if Tina has it in her to stand up to Trump. I just don’t trust Painter.

This is the replacement for Keith Ellison’s seat. There is a separate article in this issue addressing our recommendation in this race.

We are excited about these two. Please help them win; another bout with Pawlenty is actually possible!

Clearly the most experienced and best candidate.

A very crowded field with a few excellent candidates, but Ms. Hassan is our considered choice based upon her history and experience.

No contest. The current Policy aide for Council Member Alondra Cano. We have high expectations that she will be an excellent legislator.

Peter McLaughlin is just too comfortable. He has never seen a sports facility he doesn’t want us to pay for, in spite of what we have told him through vote after vote. He was a supporter of the embarrassing homeless (HHH) program, which had a goal of ending homelessness and declared success after 10 years and millions of dollars and no new housing. Ms. Conley would be a welcome addition to the county board.

If you need even more evidence that Rich Stanek needs to go, he sent our local deputies to North Dakota to serve the oil industry during the Standing Rock confrontation. Sheeesh.

Minneapolis School Board at Large – Rebecca Gagnon and Pot Luck

The biggest issue facing the Minneapolis Schools is the “reform” movement, which manifests itself in charter schools and attacks teachers and licensure. Rebecca Gagnon has been a stalwart and effective opponent of the reformist corporate agenda. For your second seat we are not sure. While we agree with Doug Mann on the issues, we don’t believe he is running a campaign that makes him electable, and he needs more allies. Sharon El-Almin is too much of an unknown. The two DFL-endorsed candidates (Kimberly Caprini and Josh Pauly) both seem credible, but neither has made any statements on the reform movements, and Mr. Pauly has connections that cause us pause.