POWDERHORN BIRDWATCH: A note from the Birdman of Powderhorn 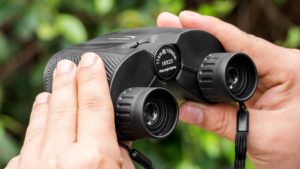 Whenever I walk in the park, I have my binoculars with me and many people know, “That’s the guy that writes the bird column for Southside Pride.”

There is no bird column this month. In March, I was diagnosed with melanoma, a type of skin cancer. It’s been a stroke of luck that my medical needs have been provided close to home by the Community-University Health Care Center on Bloomington at Franklin Avenue, because when a dark spot on my chest bled rather profusely one day, I was referred to the Masonic Cancer Center at the University of Minnesota. Treatments have been infusions to stimulate my own immune system (immunology), and I get them every two weeks, soon to shift to once a month. This type of treatment is a new development, a new tool for treating my situation. There are also blood tests, CT scans, MRIs and appointments with the oncologist, dermatologist, etc., which keep me busy.

I generally feel OK, although I have recently developed some occasional back pain, which seems to occur shortly after I have an infusion.

The staff at the U is remarkable. Everyone is so knowledgeable, so considerate, so comforting. I am very pleased with the care I’m getting and feel that I am in good hands.

After the airplanes crashed into the Twin Towers on 9/11, I found solace in nature, taking a walk in our park. I still find solace when I go for a walk in the park, and I will continue to write about birds, animals and naughty kids in our beautiful park, just not for this issue of Southside Pride, and maybe not every month.

* * * * * * * * *
Correction:
In the July Phillips/Powderhorn edition, a photo got in front of part of the text (sometimes things happen that aren’t supposed to happen) and a delightful paragraph of John’s article was unreadable. We are so sorry and offer our sincere apologies. Here is the entire animal segment—I know you’ll enjoy it.
“The Bear” and other animals
Before seeing the Great Egrets in the lake (on June 15), I was talking a little about birds to a nice gentleman with a nice medium-large black dog. It was also a very friendly dog. Minutes later, after the gentleman and the black dog had continued on, I heard three young boys—brothers about 2, 4 and 6 years old, I think—exclaim about a bear coming down the walk. It was, of course, the gentleman I had just talked to and his black dog. The boys did not seem scared of “The Bear” dog; the boys’ father, I think, was soon with the boys who were doing fine with “The Bear” dog. That was of course my first “bear” at the park.

Several other people reported deer in the neighborhood. I am pretty sure they were grown-ups and were correct about that.

And I am real sure a raccoon passed through the backyard on June 18 at 9:45 p.m. It has been five or 10 years since I have seen one in the yard or alley, but there are various raccoons seen in the area. This sighting was shortly after all the hoopla about MPRraccoon in St. Paul.

And I have still not identified the hawk living near the south side of the lake.

Thank you and be careful about bears!