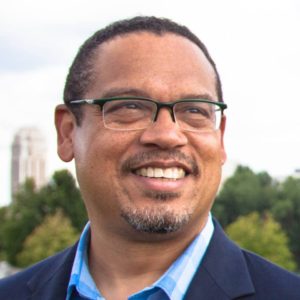 Ranked most liberal in the Minnesota Delegation to Congress by GovTrac.

“I am working to advance gay, lesbian, bisexual and transgender (GLBT) equality in Congress by ending existing discrimination written in federal laws, giving law enforcement tools to pursue perpetrators of hate crimes, and extending marriage rights and responsibilities to same-sex couples and families.”

“I’m running for attorney general because I’m ready to fight every day for you, to reduce healthcare costs, make our economy more fair, and defend equal rights for all.”

Doug Wardlaw:
Stands with Donald Trump.
Wanted to pass a “Right to Work” constitutional amendment to eliminate union closed shops in his one term in the Minnesota State Legislature.
Worked for the Alliance Defending Freedom, a Christian nonprofit, known for representing Masterpiece Cakeshop and a baker who refused to make a wedding cake for a gay couple.
Wardlaw is running to more vigorously prosecute welfare fraud and make sure state agencies aren’t overstepping the bounds by overregulating industry.

Paulo Freire: “Washing one’s hands of the conflict between the powerful and the powerless means to side with the powerful, not to be neutral.”