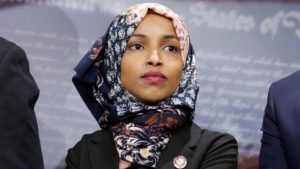 Congress passed a resolution last week condemning anti-Semitic and anti-Muslim hate speech, but more than 20 elected officials in Minneapolis condemned the original version of the Resolution that was meant to criticize Ilhan Omar for speaking out against Congress’ uncritical support of Israel. Ilan Omar was criticized for saying, “It’s All About The Benjamins Baby” from Puff Daddy’s 1997 rap song: “Wanna Be Ballers, Shot-Callers. It’s All About The Benjamins Baby.” She was critical of AIPAC buying influence in Congress. “As she has said before, Representative Omar supports a two-state solution, which allows for both Israelis and Palestinians to have their own sanctuaries and self-determination.” –Jeremy Slevin, Omar’s spokesperson.