What does an ally look like? Or dammit, white people, we can do better! 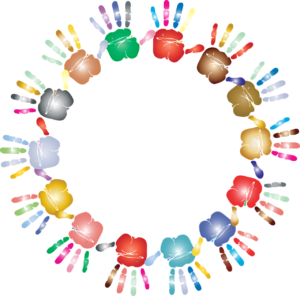 Recent discussions of policy, specifically the 2040 Plan in Minneapolis, have discussed the fact that we have severe racial disparities that we need to deal with as a city. This is encouraging in that the first step to dealing with a problem is to recognize that you have one. However, the exchanges I have seen online seem to mostly be white people arguing with other white people about what’s best for people of color. As a white person who has long been politically active I have a lot of feelings about this.
I have been increasingly disturbed by how few people of color are actually participating in the discussions that I have seen online about the 2040 Plan. I believe that a number of problematic assumptions get baked into these conversations in part because of this lack of representation.
1. People of color and low-income people are synonymous.
2. People of color are a monolithic group and have no interest in: home ownership, cars, parks, and/or nature.
3. Woke white people need to protect and speak for people of color.
In many discussions, specifically those surrounding access to housing, housing for people of color and housing for low-income people tended to be lumped together. While people of color statistically have less access to resources such as education, jobs and housing, which combined with generational discrimination means that statistically a greater percentage of people of color are low-income than the percentage of white people that are low-income, this does not mean that resources for people that are low-income will automatically serve all people of color. Nor does it mean that if we are able to increase racial diversity within our city that we can assume that we are accommodating low-income people. Somehow this seems insulting to me, although there is nothing wrong with being low-income.
There seem to be some strange ideas about people of color on the threads I have seen online. There seems to be a belief that people of color are all the same and don’t want to own single-family homes, drive cars or use our park system. First of all, there is just as much variety and difference of opinion within “people of color” (and even within specific racial groups) as can be seen every day in online discussions between white people. Secondly, the solution put forward to rectify historic redlining seems to be, “historically it has been difficult or impossible for people of color to buy houses, therefore we must build more apartments for them to rent.” Wouldn’t the solution to lack of ability to buy single-family houses be … increase people of color owning single-family houses? Finally, when people express concern over how future development will negatively impact our parks or natural resources within the city, proponents treat this as a privileged way to prevent people of color from living in these new buildings. There is a stereotype that people of color don’t like nature or have an interest in our park system. How anyone who has been to one of our parks can believe this is beyond me.
On the one hand, I (self-servingly perhaps) feel that white allies are important and need to speak out against inequality and injustice when we see it. On the other hand, I am very aware that race-related issues are “not my fight.” I cannot resolve centuries of systemic abuse simply by being “woke.” As much as I may try, I can never fully understand the realities faced by people of color every day, which is why we must engage the voices of people of color when we have discussions about race.
If we truly want to tackle our racial disparities as a city we must engage people of color in public discussion and decision-making in a substantial way. For white people to jump in now, after centuries of struggle, and think that we can solve the problems our ancestors instilled in the very fabric of our society without meaningfully changing how we engage people of color within our decision-making process is patronizing and won’t get us anywhere.