‘No Shortcuts’ forum at Shir Tikvah

A coalition of labor unions, religious leaders and social justice organizations held a panel as part of a Week of Action on Wednesday, Feb. 26, at Shir Tikvah Synagogue. Rabbi Arielle Lekach-Rosenberg led the participants in a traditional Jewish covenant ceremony where elected officials joined in the call to end workers’ rights abuses and displacement amidst the housing crisis in the Twin Cities metro. 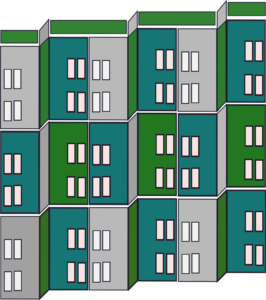 Arturo Hernandez, a construction worker who shared a story about working on a Dominium project, said, “This is happening everywhere—Minnesota, Nebraska, Kansas, Texas. These companies are taking advantage of vulnerable people. Workers are scared to come forward. I’ve reported these violations and nothing happens.” Barbara Luvene with African Career and Education Resource (ACER) discussed the intersection of workers’ rights and housing justice: “If you want tenants to do right by you, you must do right by tenants. We are not just customers, we are your community.”
Many other elected officials joined the forum, including Mayor Mike Elliot from Brooklyn Center, Council Member Simon Trautmann from Richfield, Council Member Kissy Coakley from Minnetonka and Council Member Jenna Carlton from Bloomington, and Council Member Margaret Rog from St. Louis Park participated in the covenant ceremony in solidarity with workers and tenants.
The forum educated and encouraged elected officials and housing decision-makers to prioritize the concerns and the rights of workers and tenants in the financing and construction of affordable housing. Speakers at the forum explained how the current systems allow developers to obtain generous financing, public subsidies and tax incentives to maximize their profits at the expense of workers and tenants.
The event was sponsored by Jewish Community Action, CTUL, ACER, MRLF, LIUNA, Minneapolis Building Trades, and Carpenters Regional Council.