Not getting about so much right now 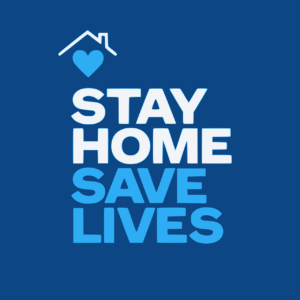 Sadly, while it may be a fact that those over 60 are most vulnerable to contracting severe COVID-19, and therefore most needful of practicing social distancing, this same group has the lowest skill in using and access to online technologies that allow remote social connecting. Even if it turns out that age alone is not a predictor of who gets the most severe cases of the virus, or if the virus has mutated in order to widen its circle of victims, it’s still the case that on the whole, older people have weaker immune systems and higher across-the-board risk factors, such as heart disease and lung conditions. And it is hard when social distancing has to mean social isolation, because one is not able to use remote connecting devices beyond the telephone. Social isolation itself is a risk factor! All of the activities I was planning to highlight here back in late February and early March (because yes, dear reader, I really do that much research) are now totally cancelled, or moved to a virtual space, if they could be. So, instead, it’s back to the drawing board, and dedicating this whole month’s column to coronavirus and using technology to stay connected.
First of all, though I despise the thing myself, there is the cellphone. An old-fashioned “dumb” cellphone is little more than a phone you can take places, but if you (or your elderly loved one) were smart enough to upgrade to a smartphone, then you could do everything you can do on both a phone and a computer, plus many other things besides. Granted, the typing on a smartphone keyboard is kind of fiddly, but there are ways around that. One way, if you have not got a smartphone yet, is to switch to a Jitterbug smartphone (greatcall.com). Promoted in AARP magazine, these are a bit limited in the apps they support, which means you can’t do quite as much, but what you can do is more accessible, with its large keypad, enlarged and simplified display, and intuitive menus and interfaces tailored to older users. Or you can purchase a small detached keyboard if you need to do a lot of typing. Or, if you prefer, you can interact verbally with most smartphones quite seamlessly, even in text-based applications. Just “tell” your smartphone that you want to use the microphone for input. It will transcribe your speech into text, not perfectly, but it should be fairly intelligible.
If you don’t have a computer, or don’t use the one you have very much, a halfway step is to get a mobile tablet. The most popular is the iPad. Even I, a notorious Apple product avoider, now have an iPad. (It’s the only way I’m allowed to video-chat with my youngest granddaughter.) Non-Apple Android tablets are popular, too, such as the Galaxy by Samsung. There are even tablets (and smartphones) that run Windows, and, in fact, the line between tablets and laptop computers is becoming ever more blurred. So basically the devices you can pick and choose from, including running multiple ones, include smartphones, tablets, laptops and desktop computers. There are a few other devices, but this is enough for getting on with.
Once you have your device, what can you do to connect, besides the well-known Facebook, Twitter, Instagram, SMS and email? Are there some more intimate, personal ways to connect? Maybe with more privacy? Yes, there are! You may already do SMS texting. What if you want to do group texting, but want more security and privacy from those outside your known circle? You might look into an app called Signal (signal.org), which replaces your SMS messaging app on your phone (but only if you give it permission)! For family and super-close friends, texting seems too remote. Skype is an older app that even a lot of elders are familiar with. Some more modern equivalents that I have used include FaceTime, which only runs on Apple devices, or Google Hangouts. But if you want a really large group, or to hold remote meetings, try Zoom. You can get a free account of your own at zoom.us. I belong to Walker Methodist Church, and I would guess our median age is probably 62 or so. We have had the last few Sunday celebrations on Zoom. The first one had about 40 live participants dialed in, and it has grown each week. It’s amazing how motivating boredom and loneliness are to learn new technology!
I’ll leave you with a couple of ideas for creating community on Facebook. One group I am in is nationwide and is called Quarantine Lecture Circuit. I am not sure how public it is, but if you can’t find it, you could start your own. We basically take turns giving lectures using Facebook live video or similar technology, that other members can watch and respond to via comments. And there are many small towns, neighborhoods, blocks, or even apartment buildings that have started small ultra-private Facebook groups for mutual aid and building or preserving community through the crisis. Just don’t be like me, and spend so much time online you forget to eat or sleep!