Richfield’s 66th Street in COVID-19 and beyond 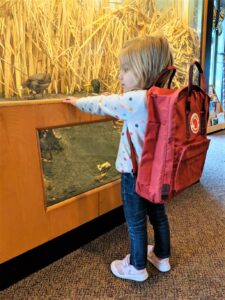 Compared to the parts of South Minneapolis I usually frequent, the area around Lake Nokomis and southward into Richfield looks placid and untouched. I’m sure there is trauma there too, but at least there weren’t as many fires or as much looting. If you get to where you really need to shop in person, assuming you’re masked up and not ill, and have some kind of safe transportation to get there, you can brave the Target on 66th Street in Richfield. I did so last week, being in dire need of large plastic tubs for my “Swedish death-cleaning” project (don’t panic, it’s just decluttering for old people).
I visited a shopping center which, according to the map, is called Cedar Point Commons. It was a little hard to get to due to road construction, but I got there eventually. This shopping center is on Richfield Parkway, just north of 66th Street, and is anchored by a fairly large Target. The other major store is a Home Depot, with a garden center. There are various small food stops scattered around the edges, including a Chipotle and a Starbucks.
Other shopping spots worth noting include the Hub, at Nicollet and 66th, and Lyndale Station and Market Plaza, small but upscale strip malls on either side of Lyndale Avenue. The Hub is one of the Twin Cities’ most venerable shopping centers. It opened in late winter, 1954, and was at the time the largest shopping center in the Twin Cities. It was anchored by a supermarket called Kleins. 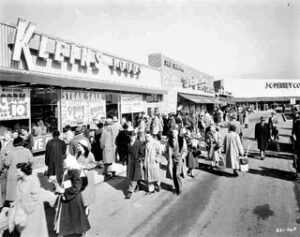 For many years, the Hub’s grocery anchor was the local grocer we all remember fondly, Rainbow Foods. When Rainbows started closing down in 2014, the one at the Hub was one of those that sold to another operator but kept the name. It finally closed in 2018, the next to the last one to close, and was not replaced. (The last one, in Maplewood, closed a few weeks later.) The grocery space at the Hub is now empty, giving a slightly abandoned look to the whole complex.
There is a Walgreen’s there. Other shops include Marshall’s, which is temporarily closed, a clothing store (called Rainbow, oddly enough), a Game Stop, a comics store, and what is currently the largest retailer there, Michael’s, a popular hobby and fabric store.
Besides the aforementioned Target, there are still grocery shopping options along 66th Street.
For one thing, the Richfield Farmers Market is among the offerings of the Parks and Recreation that is going on despite COVID-19. The Farmers Market is located in Veterans Park (about which more later) and is open Saturdays from 7 a.m. to noon. This year they are offering pre-orders from many merchants to expedite your shopping and make it safer.
Another very healthy grocery shopping choice is Lakewinds Natural Food Co-op at 6420 Lyndale Ave. I have shopped there in the past, and it compares very favorably with Minneapolis’ food co-ops.
If you like cooking ethnic specialties, 66th Street’s got you covered for that too. For African specialties of all varieties, check out Adom Grocery. In fact, I would say only go there if you really know at least one nationality of African cooking, because otherwise the selection may appear a little daunting. They also carry personal care items, serveware, cookware, and fabrics from Africa.
Then there is Mi Ama, a Mexican mercado with very high ratings from customers. Mi Ama has a takeout restaurant attached 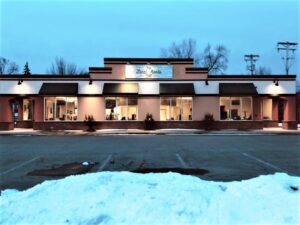 , called iTaco. That leads into another topic—places to get food and drink. There are loads of chain places on 66th Street such as Panda Express, Subway, Dairy Queen and My Burger, to name a few. But if you want an independent and highly rated local and unique meal or snack, try iTaco.
iTaco has a solid 5.0 (out of 5) review rating on Facebook. You don’t see that very often. They have other things besides tacos, including tortas, which are a delightful rarity in the Minnesota Mexican fast food world. Their tortas got a favorable mention in the Growler, a local artisan brewers magazine that also reviews great local food.
A number of other eateries along the 66th Street strip are said to be good, but to be honest, I haven’t tried them. These include another couple of Mexican places, Taqueria la Hacienda, and El Tejeban, which is in a little strip mall next to the Hub—or maybe it’s part of the Hub? Suburban geography confuses me.
Another place that looks interesting is called Local Roots. This family-owned restaurant selling simple American food is environmentally conscious and supporting the local economy. They have a patio and indoor dining as well. Although their website hasn’t quite caught up with the change, they recently reintroduced dinner servings to the breakfast and lunch that got them through the takeout-only period and the first month of re-opening. Reservations are recommended so you don’t have to wait outside for physical distancing. 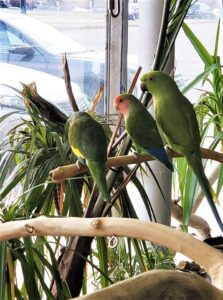 I just have one slightly quirky retail establishment to cover. A newly opened shop-cum-rescue center called Egyptian Parrot recently opened. It’s next door to the Adom Grocery. They do have a great flock of birds—not only parrots but also pigeons, budgies, lovebirds, etc. Also, they have exotic reptiles and many types of unusual (but legal) pets, including fish and other aquarium dwellers. They sell supplies and homes for these animals, and ensure that you know what you’re doing before they let you buy a pet.
Richfield’s 66th Street has many useful amenities, including at least three parks. COVID-19, of course, has impacted Richfield’s Parks and Recreation as it has everywhere. Sadly, the very popular Richfield Outdoor Pool, located near Veterans Park, will not open at all for 2020, and some of the popular yearly events have been canceled. But let’s focus on what is open.
The three largest Richfield parks are all along (or near) 66th Street: Taft Park, Veterans Park, and Wood Lake Nature Center. Each one has a lake—Taft Lake, Legion Lake and Wood Lake, although Legion Lake is not really a lake. It’s classified as a swamp by the county surveyor.
Taft Park is the smallest of the three. Its lake takes up nearly half of its 42 acres, and has a fishing pier and a walking trail all the way around the perimeter. In addition, Taft Park has a football field, a softball field and two basketball courts. It also has a playground, but those are closed throughout the Richfield park system. And it has a picnic shelter. These are open but with extra rules, so contact the Parks Department if you’re interested in renting one.
Veterans Park is the second largest in the city, but it has the least interesting lake, which is, as I mentioned before, really a swamp, or a collection of ponds, puddles and damp areas. But what Veterans Park has that is unique to it is the Malt Shop and Mini-golf. There is a Wheel Fun Rental in the park where you can rent the very interesting Surrey, Deuce Coupe or Tandem Bike to pedal around the park, or a Double Surrey to carry up to four riders. So, who needs a lake?
Richfield’s Park and Recreation has closed all swimming, some in-person classes and events, and a few other things that were 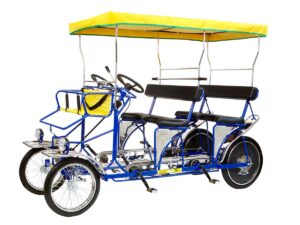 deemed too risky. But one of their events, a marathon, is being conducted virtually. Senior and adult exercise classes are being offered online as well. Check out this document at www.richfieldmn.gov/home/showdocument?id=20723 to see what’s on and what’s off for summer 2020. One of the things that is open is the Skatepark. This is located in Augsburg Park, which is about a mile southwest of Veterans Park. Also still on—pickleball!!
Saving the best for last, Wood Lake Nature Center is Richfield’s largest park, at 160 acres with three miles of walking paths. And it contains Richfield’s largest lake, Wood Lake. It also contains at least three separate natural or partly restored environments—native woodland, marshland and restored prairie. Summer camps, canceled earlier in the summer, are being cautiously reintroduced. There are also loads of virtual programs on science and nature of interest to families with children especially. Families can check out a Nature Exploration Backpack, containing materials for exploring forest, birds or insects. Check out https://www.richfieldmn.gov/around-town/wood-lake-nature-center to get more information. And you can print out a birdwatching brochure to take with you on your walk around Wood Lake.