On the eve of the six-year anniversary of Cargill’s pledging to stop clearing forests, 30 Mighty Earth activists gathered at the 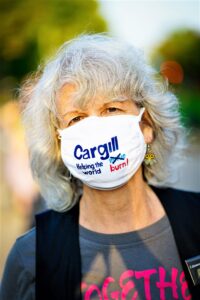 Minneapolis Institute of Art, which houses a Cargill gallery, to commemorate the commitment and sign an oversized renewal-of-vows contract. The document contained an empty line at the bottom for the signature of Cargill CEO David MacLennan.
In 2014, MacLennan shared the stage with U.N. Secretary General Ban-Ki Moon, declaring he would stop destroying forests by 2020. With the deadline approaching, Cargill announced last year it was not on pace to achieve the commitment—and went as far as to encourage farmers in its supply chain to continue clearing. In the Amazon, Cargill has adopted a nominal no-deforestation policy, but has gutted it with several loopholes. 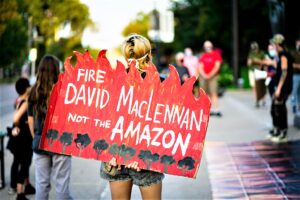 Meanwhile in the Brazilian Cerrado forest, Cargill openly engages in forest clearing. The activists called on Cargill to not source grains from lands that have been cleared at any point during or after 2020.
The anniversary action comes on the heels of a march in July for forests and climate that culminated at MacLennan’s house in Edina. Cargill followed up on that march by announcing a plan to adopt regenerative practices on 10 million acres. Though the plan was a step in the right direction, Mighty Earth responded by noting the lack of specifics and the plan’s failure to protect forests. 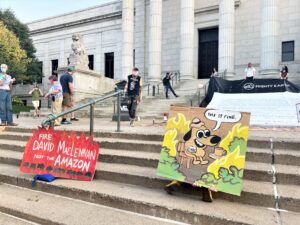 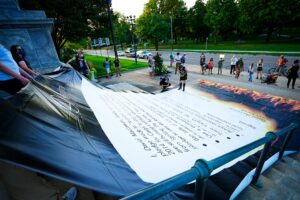