A big subject in local educational news has been the struggle between teachers’ unions and school districts over when and how it is safe to return to in-person classes. As we explained in the October 2020 Education Section, it’s a complex issue. For some teachers, in-person learning is what they want most, and for some families too. But other teachers, paraprofessionals and families rightly fear it, for the many unknowns and great potential to cause proliferation of the COVID illness.
You might want to refer back to the October 2020 article (southsidepride.com/2020/10/05/minneapolis-schools-other-issues-on-the-back-burner-but-not-cdd/) because it explains a lot that is still ongoing six months later.
In general, the majority of school boards and administrators want to get back to in-person learning as soon as possible, and the majority of union members in the system want better guarantees of safety, or hazard pay. Families of students run the gamut. There are some who demand continued in-person learning and move their kids to parochial or other private schools to get it. There are some who demand that virtual (or remote as it’s often called in the education setting) is available for all who want it. There are some who want to keep their kids home, but are dissatisfied with the quality of remote learning and withdraw for homeschooling. School districts struggle and don’t fully succeed in balancing all these needs.
Previously, I spoke with KH, a school bus driver and member of the Teamsters Union, who continued working when St. Paul went all remote by picking up routes in White Bear Lake, which was then hybrid. I also spoke to Beth, who left her teaching job at a charter school then in hybrid mode (a combination of remote and in-person) to take a post in the Minneapolis Public School system which was then all remote.
For this Education Section, I interviewed another education worker whom I know through Democratic Socialists of America (DSA). They are a technology assistant paraprofessional for Shakopee Public Schools (ISD 702) and their spouse is a special ed teacher.
Teachers in Shakopee, as in most suburban districts, are represented by the union Education Minnesota, but the paraprofessionals or Education Support Professionals (ESPs) are represented by Minnesota School Employees Association (MSEA)—a union that broke off from Education Minnesota about 50 years ago, due to the feeling that Education Minnesota did not represent ESPs adequately. Custodial staff in the Shakopee system are represented by Service Employees International Union (SEIU).
Shakopee schools were in hybrid mode from the COVID emergency declaration in March through Thanksgiving week, after which they switched to remote-only due to the surge in COVID. (At the start, they also created an option called K-12 Online Academy for families who wanted to be remote only.) They have been gradually transitioning back to hybrid mode since January, starting with kindergarten through second grade, and finishing when high school students come back in March, conditions permitting. 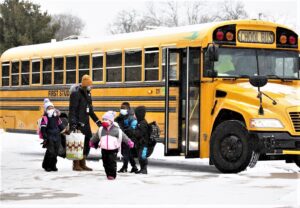 My interviewee described the scrambles, complexities and sometimes chaos involved in this ongoing process. Part of their job is distributing devices, hotspots and other electronic gear to students when they “go remote” and then checking it back in when they “return” for in-person classes. It’s a big thing for school kids to be responsible for, but they said the kindergarteners were actually better at it! (Probably got more help from their parents, to be fair.)
They described situations where the district made last-minute structure changes that meant kids weren’t isolated properly. Teachers and other staff often have to go into quarantine for exposures, even if they don’t get sick, exacerbating the already high shortage of staff. They described situations where ESPs ended up in sole supervision of large classes because there were so few teachers. “Teachers, more than almost anyone, understand the need for kids to get back to classes, but they and we worry about safety. I’m a parent myself, so I understand the conflict,” they said.
More than ever before, solidarity both within and between unions is supporting education workers in these difficult times. Within the Twin Cities DSA Labor Branch, a tight-knit, very active Education Workers’ Working Group has formed. They share information and work together across districts, between public, private, charter and alternative schools, and across unions, to try to improve the situation and stand firm in demanding safety for staff and students.
When, after being all-remote for the 2020-21 year until that point, Minneapolis Public Schools announced they would be transitioning to hybrid learning in early February (and St. Paul Public Schools announced the same thing), both teachers’ unions, MFT59 in Minneapolis and SPFE28 in St. Paul, reacted swiftly, with MFT59 filing a civil injunction. The court did not grant all the demands in the injunction, but did affirm that any staff with a valid accommodation in place or in process could work from home without suffering loss.
There is another big issue facing Minnesotans interested in preserving public education and improving its quality—the proposed Minnesota Constitutional amendment called “the Page Amendment.” It’s sometimes referred to as the Federal Reserve amendment, because the other co-author, besides former Minnesota Supreme Court Justice Alan Page, is Neel Kashkari, a former Republican candidate for governor of California, now the head of the Minneapolis Federal Reserve Bank.
According to the Minneapolis Star Tribune, which remains neutral on the amendment: 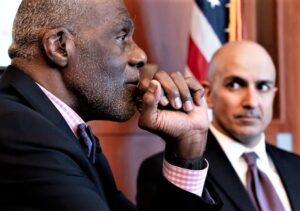 “To critics, Kashkari’s participation is cause for concern: As the Republican candidate for governor of California in 2014, he campaigned on vouchers and other free-market reforms as a means of improving public schools.
“‘The Page Amendment’s language does not appear to explicitly mandate the creation of a public school system at all, only that any public schools that do exist meet “achievement standards,”’ University of Minnesota researchers Myron Orfield and Will Stancil wrote in a 2020 memo.”
The decidedly pro-, almost boosterish, language of the home page of Our Children Minnesota, a group formed around the amendment with support from the Minneapolis Fed and several local think tanks, can be seen here: ourchildrenmn.com/about/. The communications chief of this group is prominent 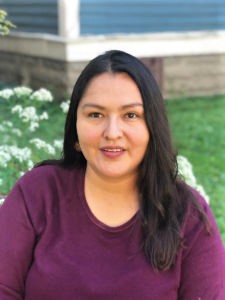 Republican Kirsten Kukowski, but there are also DFL heavy-hitters in the coalition, including Minnesota Attorney General Keith Ellison and Paul Wellstone protege Nevada Littlewolf, former campaign director in Minnesota for Biden. The bill to place the amendment on the 2022 ballot is authored by DFL Rep. Hodan Hassan of Minneapolis, along with several DFL and Republican co-authors, according to KSTP.
But there are equally trustworthy and well-reasoned voices against it, and a consensus against it is forming, if not yet reached, among the left wing of the DFL, progressive academics, and educators’ unions, including Education Minnesota.
In the same Star Tribune piece, Denise Specht, president of Education Minnesota, said, “I don’t see the plan here. I see magic words on paper, but nobody has been able to clearly articulate to me how this would actually work, how does this make a difference?” A union educator writing for Twin Cities DSA sums up emerging leftwing critiques and fears in this article:twincitiesdsa.org/2021/01/a-page-out-of-the-neoliberal-playbook-defunding-public-schools.
David Schultz, a well-known progressive commentator and legal expert as well as a professor of political science at Hamline University, made a more pointed criticism of the amendment’s gaps and pit-falls in MinnPost, the online news journal. Schultz starts by quoting the entirety of the proposed amendment: “All children have a fundamental right to a quality public education that fully prepares them with the skills necessary for participation in the economy, our democracy, and society, as measured against uni-form achievement standards set forth by the state. It is the paramount duty of the state to ensure quality public schools that fulfill this fundamental right.”
He then puts on his legal scholar hat (he’s that, as well) and takes this apart pretty much word by word. After parsing all the shortcomings, he sums up with: “Current constitutional language does not prevent the development of any of this; the problem has not been law but political will. New constitutional language as suggested by Page and Kashkari too will not guarantee it, but instead would potentially push critical decisions about education into the courts, where judges will have to make these decisions. It is not clear that this approach is desirable, and it leaves policy formulation up to the distortions of plaintiff legal strategy—and not one necessarily based on promoting overall sound educational policy.”
Another good critical analysis, more from the standpoint of political power and stakes in the game, is found in Sarah Lahm’s recent article in the Progressive: progressive.org/public-school-shakedown/privatize-education-in-minnesota. And finally, see this PDF document to get a full legal analysis by a team of experts: tinyurl.com/sspedsect.
******* 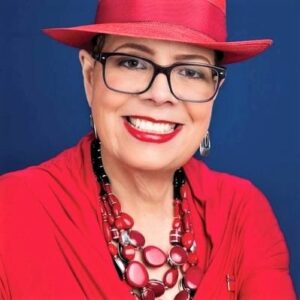 We will close with an “in memoriam” to a brilliant educator and organizer who passed away at age 67 on Feb. 8, 2021. Karen Lewis was president emerita of the Chicago Teachers Union (CTU.) She was immortalized in the popular book on organizing by Jane MacAlevey, “No Shortcuts.” She led the successful strike against Rahm Emanuel’s school board in 2012. In honoring her, the CTU said, “Karen did not just lead our movement. Karen was our movement.”