What’s going on on 34th Avenue these days? 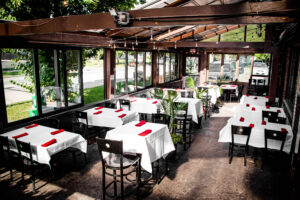 We last visited 34th Avenue South when the pandemic was just starting to bite, but also patio dining was beginning, and we didn’t know that a year or more of illness, death, economic turmoil and uncertainty was ahead. Also ahead, just, was the murder of George Floyd and a change in the very fabric of life. We said things were not going well for this part of South Minneapolis. But that may have been the nadir, as things are no worse, and may be looking up for the Nokomis area.
To start off in the area of restaurants, bars and cafés, of two that were noted as closed (even before the pandemic) in last year’s piece, one has been replaced by a seemingly thriving new venture, and one is scheduled to open later this month as the second location of a popular out-of-town place. The new restaurant already open in Al Vento’s old location is Casa Maria Mexican Cuisine. It’s not fast-casual Mexican either—there are fancy plates with walleye, shrimp or salmon, caldos, salads with cactus and grilled asparagus, and yummy desserts, as well as the usual tacos and chimichangas. The white tablecloths and candles are still there too. 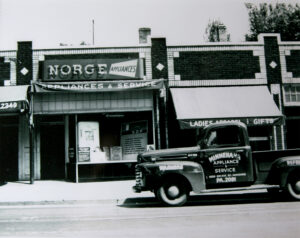 Historic picture of the strip where Bull’s Horn is located

The other place used to be Boss Pizza and Chicken, at 34th Avenue and 55th Street. A popular pizza place from Mahtomedi, QC Pizza (because it’s based on a style of pizza from Quad Cities) is opening soon in that space. And then there’s Bull’s Horn. Their ramen option, which was newly introduced and mentioned in last year’s piece, has turned out to be a big hit. They still have normal pub food too (of very high quality according to reviews) and they have both indoor and patio dining options too, now. Bull’s Horn is at 46th Street and 34th, right next to the Standish-Ericsson Neighborhood Association offices (which are still not open to the public).
Another Mexican place I rather like, Dominguez Family Restaurant at 33rd and East 50th Street, is hanging in there. Also in the area is Town Hall Lanes, a pub connected to a local craft brewery with a bowling alley in it. Or is it a bowling alley with a pub in it? Don’t ask me, I am terrible at bowling. I did visit recently, for a veggie burger and one of their seasonal brews. And then there’s Sassy Spoon, offering a completely gluten-free menu of home-cooked-style meals, drinks and desserts. They are currently open Wednesday through Sunday for curbside pickup. Check out the Sassy Spoon website for the curbside menu options and easy online ordering through Toast Tab. Between these three restaurants and the supermarket, there is a wide sidewalk separated from traffic with a strip of boulevard, and there are tables out there. I think they’re just for Town Hall, though I didn’t check. Personally, I think this corner could use a coffee shop and/or a bookstore, but I’m not sure where you’d put it. 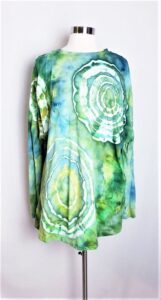 There are some interesting retail establishments nearby. One is Nokomis Shoes. They’re still up and running. (A subtle pun—shoes, running, get it?) At 52nd and 34th Avenue, Nokomis Hardware Store is still open, too, and has been serving the neighborhood since 1993. A woman-owned, veteran-owned business, Nokomis Hardware offers all the usual services like knife sharpening, key cutting, and window screen repair. Plus they’re pet-friendly, so feel free to stop in when you’re out walking your pooch. And then I just discovered a new (to me) and fun and funky little shop a couple of blocks away called Nokomis Surplus. It appears from a quick perusal to be a little like Axman’s but smaller. They offer a selection of tools, clothing, toys, and household items at 10-50% off regular retail prices. This merits further investigation.
MacDonald’s Liquor Store, right there on the 34th Avenue and 50th Street corner, is one of my favorite places to go for my maybe twice a year splurge on a small tipple. When I had a dog, I appreciated that they let you shop with your dog, and discovered my little Koby loved to ride in the child seat of a grocery cart. A few blocks north at the corner of 45th Street you’ll find the Twisted Groove T-shirt shop. Somewhere between an artist’s studio and an old-style “head shop,” Twisted Groove sells tie-dyed and batiked T-shirts and many other items, like hoodies, headgear and banners, as well as handcrafted items. They also have an online Etsy shop.
There are plenty of services to be had in this area. For instance, I got a haircut! (That’s a big deal, right?) Yes, there is a Fantastic Sam’s sandwiched between two restaurants along with another business (Paddlesculpt) that I will mention shortly. Pretty decent cut, especially for the price, and something called a “tousle dry.” Okaaaay. I’m a little old to be tousled, but go ahead, do your worst. 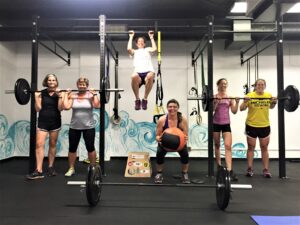 Here are a few options for fitness buffs in the area. I noticed on Google Maps that between 47th Street and the actual Minnehaha Creek, in that winding strip of green parkland that wends across South Minneapolis on either side of the creek, there is a notation that just says “Tennis courts by the creek.” I drove by and, yes, there is a single tennis court, with a fence around it. I didn’t get out to check if it was locked, so I don’t know how you access it. Better ask the Park Board. Back at our little strip of shops along 34th Avenue at 50th, there is Paddlesculpt. After holding virtual classes throughout the pandemic, they have just returned to in-person classes both indoors (following state mandates for masking and capacity) and outdoors (including stairwork, kettlebell workouts, etc.). Check their Instagram for the latest news, and see all their class offerings and instructors on the Paddlesculpt website, where you can sign up via the Mindbody tab. 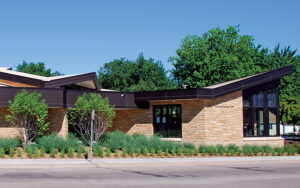 Last year at this time, all the Hennepin County libraries, including Nokomis Library at 51st Street, were closed. Now they’re all open! You must wear a mask, the libraries are open in “grab and go” mode, the meeting rooms are closed, and therefore most of
the programs are either on hiatus or online. Also, the due dates, suspended for about a year, have now been unsuspended and recalculated, but the whole system has also done away with overdue fines. So don’t worry about returning your books if you missed the new due date; all is forgiven, they just want the books. You can now return books to any library when it’s open.
Grocery options are pretty good in this area. At the end of the strip of shops is Oxendale’s, a full-size supermarket with ample parking. It’s a good grocery store, with some organic produce and a wide range of products. For quick trips, there is a convenience store at 54th Street called Nokomis Market. Also, this isn’t really that close by, but since it missed the deadline for its real neighborhood, we will mention here that the Nokomis Farmers Market will open for 2021 on June 16 and will run every Wednesday through the end of September. This market is located at 5167 Chicago Ave. 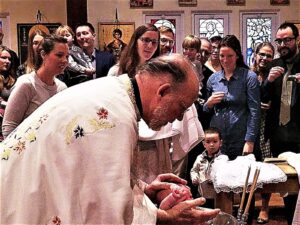 Communities of faith in the area tend to be small and welcoming. Minnehaha United Methodist Church is at 37th Avenue and
50th Street and is one of the larger churches in the area. Like most, they are currently livestreaming their Sunday services and making plans to reopen when it’s safe. Check their website: minnehaha.org. Just around the corner from Oxendale’s is Faith Evangelical Lutheran Church. They have in-person worship on Sundays, but also have a YouTube channel for those who prefer to follow along from home.
I’ll end up with a really sweet little church I just discovered via Google Maps. I have a lot of friends who grew up as non-practicing Christians, or in totally secular households, or in fundamentalist Christian practices that they later rejected, who then converted to Christian Orthodoxy in their early adult years. So I was touched to find St. Herman’s Orthodox Church at 54th Street and 38th Avenue, with this introduction over a photo of its priest and his wife:
“Father Paul and Presbytera (“Mother” Nancy) and the parishioners of St. Herman’s welcome you. Most of our parishioners are converts to Orthodoxy themselves—including Fr. Paul and Nancy. The faithful of St. Herman’s Orthodox Church are known for their hospitality, especially to visitors who are coming to see what Orthodoxy is all about.”