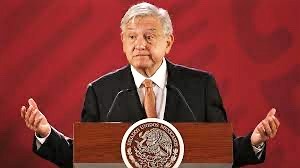 Mexican president Andrés Manuel López Obrador (AMLO) has resorted in recent weeks to the open promotion of certain possible presidential candidates during his daily press conferences. These are semi-official, not campaign events. And it’s three years before the next election.
More worrisome than what appears to be a return to the days in which the president designated his successor is the nature of the people he is presenting: two middle-of-the-road politicians who are directly linked to the collapse of Line 12 of the Metro in May and one former president of the national university, widely repudiated for having crushed a student strike in 2000 and who is now Mexico’s U.N. ambassador. Ah – and two women cabinet members who are not interested.
On Tuesday, July 13, one of the protégés, former Mexico City mayor Marcelo Ebrard, spoke at the daily presidential press conference, apparently in his role as secretary of foreign relations. But there he announced that he is running for president. And right-wing newspaper columnists have already begun writing about how “Obradorism without Obrador” will not be so bad for business and have named Ebrard, current mayor Claudia Sheinbaum, and Ricardo Monreal, a quirky white-collar criminal and senator, as his acceptable successors. “This is the Mexican left?” you may be asking. 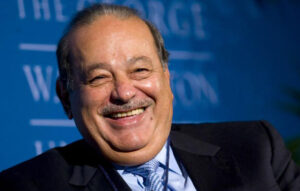 In 2015, when a problem with the same Metro line forced its closure for about 15 months, Ebrard, having left the mayor’s office two years before, fled to live the refugee life in fine Paris restaurants.His family is French on both sides. When the Metro collapse occurred this year, we thought that this time an extended European vacation would not save him and that certainly he would not dare to speak of running for president again. But after a secret meeting with magnate Carlos Slim, Sheinbaum and López Obrador announced that Slim would pay for the costs of rebuilding the Metro. As if the collapse weren’t his fault, as if Slim weren’t the contractor who built faulty support columns with inappropriate materials to save money, they let him pass this off as an act of philanthropy. We wouldn’t want anyone’s electoral ambitions to be dashed.

What is the history between AMLO and Ebrard and why do we call this “coup insurance”?
When AMLO was elected mayor in 2000, his background was as a PRI leader in his home state of Tabasco who broke with the dominant party to support Cuauhtémoc Cardenas’ campaign for president in 1988 and soon became a gubernatorial candidate and then national president of the new party. AMLO survived a challenge to his claim of city residence and won that election. He appeared to me, a naïve foreigner who had just arrived, to be radical, fast-thinking, and funny. When people made fun of his proposal to abolish Daylight Saving Time, for example, he said: “The people whose schedules revolve around the New York Stock Exchange can get up an hour earlier.” He attacked right-wing buffoon (and president) Vicente Fox every day in his press conferences. I should have realized something was up when one day he said that he would not do that anymore because he didn’t want to damage the institution of the presidency. I was slow to understand that becoming president, not effecting social change, was his priority.
Ebrard was also a candidate for mayor that year, having left the PRI (where he moved from leader of the youth sector to higher posts in the party) and accepted the nomination of a minor party. He had been a cabinet member during the mayoral term of his mentor Manuel Camacho Solís, one of the last PRI mayors.
Mexico City in those days still had limited home rule, similar to Washington, D.C. One day Vicente Fox took advantage of a clause in this arrangement that allowed him to veto or dismiss police chiefs. As part of his campaign to discredit Fox, AMLO had said that he would never meet with him. The two times that he made an exception had to do with Ebrard. The first was when they cut a deal for Ebrard to be police chief. The second, if ex-Trotskyist writer Adolfo Gilly is correct, was when AMLO agreed to let Ebrard be his successor in exchange for which Fox would call off the witch hunt that threatened AMLO with impeachment over a bizarre charge related to the signature on an order to widen a road to a hospital.

Enter Giuliani
In August 2002, Rudy Giuliani had recently finished his last term as mayor of New York City and had enjoyed a boost in ratings due to whatever he did during and after the events of September 11, 2001. Hillary Clinton was one of his biggest fans. Some liberals, in other words, had forgiven his racist and excessive policing policies. Giuliani started a security consulting firm and, at Ebrard’s insistence, Mexico City became his first client. The contract, for $4 million, was paid for by “the private sector” (Carlos Slim, according to The New York Times and the Mexico City newspaper Milenio). For his first visit to the city, Giuliani insisted on having a U.S.-based firm guard him. Ebrard told him that that would be illegal but that Mexico City’s finest could do the job. On one of Giuliani’s first days in town, he marched down the streets of the trendy Zona Rosa with hundreds of police surrounding him, giving credence to the myths then common in international media that the city was an impossibly dangerous place, that one could not walk alone. No one knew that Giuliani would evolve into the more openly racist attack dog for Donald Trump that he has become. But his racism was well-known and his law-and-order mentality was in contrast to what AMLO espoused at the time. Why hire Giuliani? It’s coup insurance, one local observer said – they think that he will go to Bush and say, AMLO is a good guy, don’t mess with him.

The Mafia of Power 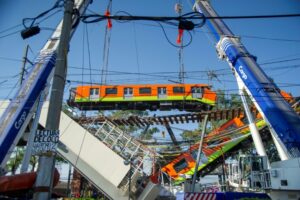 AMLO spent years after his first presidential campaign speaking of how “la mafia del poder” (an ugly translation would be “the mafia of the powerful”) conspired to steal that 2006 election from him.This is probably true, but it doesn’t explain how so many members of this mafia – Slim, Alfonso Romo, Ricardo Salinas Pliego and Emilio Izcárraga, for example – are now part of AMLO’s inner circle. Slim “earned” his money buying the denationalized telephone company and later acquired Sanborns, Sears in Mexico, J.C. Penney in Mexico, more phone companies, and real estate. (AMLO helped him to buy block after block of the historic center of Mexico City as a public campaign got underway to “revitalize” the area.) Romo is creator of an empire based on agribusiness and agro-genetics. He bankrolled and defended Marcial Maciel, a right-wing Catholic priest and founder of the Legion of Christ, now recognized as a sex abuser. Salinas Pliego is the owner of a TV network, a group of banks, 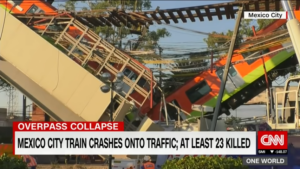 and stores that make money charging usurious interest rates. He is a high-level Covid denier whose actions have led directly to deaths in his workforce. His father was also a leader of the Catholic right wing and admitted hiring goon squads to attack student activists. Izcárraga is owner of an even bigger television network.
Could it be that AMLO really enjoys the company of such people? He seems to. And cozying up to Trump was a small step from here. (Trump and Slim are both associates of Texas energy gangster Kelcy Warren.) But could it be that this is part of his coup insurance policy? And if so, is it because he legitimately fears that his government will fall prey to the human being lawn mower (MC5’s term), the U.S. “exceptional” military and propaganda machine that chopped down Allende in Chile, Jacobo Arbenz in Chile, Zelaya in Honduras twice, Evo Morales in Bolivia, and others (including, of course, hundreds of thousands of ordinary citizens in these countries)?
And how should the ever-shrinking non-electoral left react to a coup attempt against López Obrador? As moderate as he is, such a coup, “soft” or old-school, could have happened under Trump and it could happen under Biden. Certainly, both administrations have been happy seeing AMLO, more than his successors, play border cop. And U.S. Democrats obviously enjoy looking like they are more progressive than AMLO on specific labor issues. But they are not pleased with the Mexican government’s Latin Americanist defense of the Cuban and Venezuelan governments, and of Palestinian rights. Some of this is simply an invocation of Mexico’s traditions of solidarity and neutrality which, during the 1970s, for example, was merely window-dressing as Mexico “disappeared” and killed political prisoners as efficiently as Chile and Argentina did. Corporate liberals in the U.S. establishment are not pleased with Mexico’s efforts, however half-assed they may be, to retain or regain national control of energy and mineral resources, to regulate the use of toxic chemicals like glyphosate, and even to try to put some order in the labeling of junk food products. So, motives for U.S. interventionism are abundant. But permitting a country to sink into totalitarian rule, submissive to the U.S., is not an option. We have already seen how that works in most of the rest of Latin America throughout the 20th and 21st centuries.