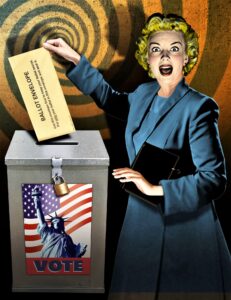 Mayor:
If these were ordinary times, Jacob Frey would be a wonderful mayor. He’s photogenic, personable and bright, the perfect glad-hander to welcome tourists. But these are not ordinary times. The major challenge to Frey’s leadership came with the verdict in the wrongful death civil suit against the city on behalf of the heirs of Terrance Franklin. Frey brushed it aside, paid out the million dollars in damages, and refused to discipline the officers whom a jury believed murdered Terrance Franklin. Just a few weeks later, believing he could get away with murder, Derek Chauvin murdered George Floyd.
Young people were outraged. Over 1.4 billion people worldwide watched the video. Sheila Nezhad got to work and by organizing citywide got the City Council to establish an Office of Violence Prevention. She was a major force in organizing the petition drive to transform the Police Department into a Department of Public Safety – the second Charter Amendment. We believe she is the best hope we have to make the changes we need.
Kate Knuth supports positive changes in the MPD. She is our second choice. There is a distinct possibility that neither Frey nor Nezhad will get more than 50% as first choice for mayor, and that both sides would pick Knuth as their second choice and, totaling first and second choices, Knuth could win a majority when counting first and second choices.
City Council:
Ward 1: Please, enough of Kevin Reich, one of the most conservative members of the City Council. He was a key vote in supporting the Vikings Stadium and bankrupting downtown. He has been consistently reactionary on important votes. Elliot Payne would be a welcome breath of fresh air.
Ward 2: Probably the most difficult choice. Robin Wonsley Worlobah is perhaps the most radical candidate for City Council running this year. From her website: “After Jamar Clark’s life was taken by MPD, Robin joined Socialist Alternative, Black Lives Matter Minneapolis, and the Twin Cities Justice for Jamar Clark Coalition.” But Cam Gordon is perhaps the most progressive member of the present City Council. In addition to being consistently progressive, he gets very good marks on his constituent service; he listens to people in his ward, and he is actively involved in solving their problems. And he is comfortable discussing public policy on public forums – a distinct exception to the universally aloof consensus of the rest of his colleagues on the City Council. We support Cam Gordon for another four-year term, but we hope Robin Wonsley Worlobah will stay involved and remain active in the local struggle for justice.
Wards 3, 4 and 5 are in North Minneapolis. The incumbents, Steve Fletcher, Phillipe Cunningham and Jeremiah Ellison, have acknowledged the critical problem of a lack of accountability in the Minneapolis Police Department. Their solution is flawed, imperfect and not fully developed. It interposes another layer of bureaucracy between the cops and elected officials. But, and this is most important, they have a commitment to making cops more accountable. That’s worth supporting.
Ward 6: Jamal Osman has been a consistent disappointment, voting always with the most reactionary elements on the Council. Most recently he destroyed the hopes of people in his ward who have planned for years to make an urban garden out of the 7.5-acre contaminated industrial site in Phillips. [See “Justice in the Green Zone?” by Kay Schroven in this issue.] Vote for Abdirizak Bihi.
Ward 7: The incumbent Lisa Goodman is certainly pushing the outer edges of incumbency. Nick Kor is a better choice.
Ward 8: Andrea Jenkins has a walk.
Ward 9: Jason Chavez is head and shoulders above the pack.
Ward 10: Aisha Chughtai seems clearly the most progressive here.
Wards 11 and 12: Jeremy Schroeder and Andrew Johnson are thoughtful and progressive, and they pay attention to problems in their wards. I wish they wouldn’t have voted for that part of the 2040 Plan that increases the zoning in the inner city that will displace communities of color and replace them with Young Urban Professionals, and I wish they would have done something to hold officers responsible for the deaths of Terrance Franklin and Jamar Clark, but they are better than their alternatives.
Ward 13: Mike Norton is committed to progressive changes in reforming the police.

Park Board:
At Large: Vote for Londel French and Charles Rucker. You can vote for three, but you don’t have to. These are the two candidates we believe who will most effectively preserve the park system we all love. Voting for just two gives them a better chance against the herd.
District 1: Billy Menz is running unopposed.
District 2: Becka Thompson seems the most progressive.
District 3: AK Hassan has supported change where change was needed and stability when that was best.
District 4: Elizabeth Shaffer could be a fresh new voice on the Board.
District 5: Charles Rodgers represents a new voice that should be heard. The incumbent wasted over a million of our tax dollars planning a project that didn’t have the support of the Board or the public. She needs to be retired and Rodgers needs to be hired.
District 6: Bob Fine has the experience and judgment that’s needed on the Board.

Board of Estimate and Taxation:
Samantha Pree-Stinson is probably the most progressive person to run for the BET, ever. Vote for her so the voices that never get heard get listened to.
Steve Brandt covered City Hall for years for the Star Tribune. Probably no one has ever come to this job with that kind of depth of experience.

Charter Amendment #1 would give the mayor the power to appoint department heads and run the city. People who support this say this would be more efficient with clear lines of accountability. What we have now is the remnants of a kind of parliamentary system. Before there was a City of Minneapolis, there was St. Anthony Village. They organized their local government into a parliamentary system. There were three City Council members elected to two-year terms, and those council members organized the administration of the Village. When the Village merged with the City of Minneapolis, each ward elected two members for two-year terms. In the 1950s, two got reduced to one. Mayor Fraser got passed a revision to the Charter that increased the terms of office for mayor and City Council from two to four years, and he concentrated more power in the mayor’s office. Notice a trend here? Over the years, the structure of government for the city has grown increasingly undemocratic. Decisions are concentrated in fewer hands with fewer chances for the electorate to vote on their representatives. This slide into autocracy prepares the way for a bully fascist like Trump to appeal to the basest fears of a frightened electorate, and scapegoat vulnerable minorities as proper sacrifices for law and order. Democracy is tedious and tiresome. There’s so much to think about. But, please, don’t give up on it. Vote No on #1.

Charter Amendment #2 would change the Police Department into a Department of Public Safety overseen by a commissioner. The commissioner would be appointed by the mayor and the appointment would be approved by the City Council. I originally opposed the amendment because I believed interposing another layer of bureaucracy between elected officials and cops out of control would make errant cops even less accountable. But the earnest hope and faith of young people in transforming the system has converted me to believing that positive change can happen if enough people believe in it and are determined to make it work. [Please read essays by Elina Kolstad and Devin Hogan in this issue for more details.] For the best hope for the future of our city, please vote Yes on #2.

Charter Amendment #3: If you believe we need affordable housing for those low-paid workers in the service industry in restaurants, or health aides in nursing homes and hospitals, or minimum wage earners everywhere, then vote Yes for rent stabilization. The 2040 Plan adopted by the city envisions the inner city swept clean of poor people and home to a new class of Young Urban Professionals (YUPPIES). If you believe diversity makes us stronger, then please vote Yes on #3.