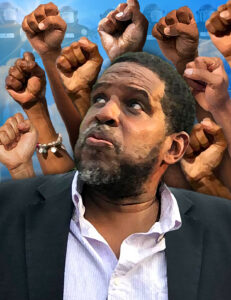 The following is correspondence between Mel Reeves and me.

On Aug. 2, 2013, I wrote to Mel, “We’re planning a demo at the MPD Federation headquarters under the slogan: ‘Get rid of bullies, racist thugs and murderers!’ Would you like to participate? Speak about Terrance Franklin? Can you help us (the FLA) organize? Do you have a good time? We’re still open about that. Please get back to me.”

I wrote back, “Please go to the Farmer Labor Caucus Facebook page: https://www.facebook.com/groups/MplsFLCaucusOC/ and tell us what you think.
“Who the hell are we?
“Let’s take some time to discuss who we are and where in the hell we’re heading.
“Here’s my analysis: The Farmer Labor Caucus agrees with the Farmer Labor Association Platform of 1934 that ‘Capitalism has failed and should be abolished, and we mean to establish a Cooperative Commonwealth.’
“We believe we can be most effective working within the DFL to support candidates who agree with our principles and platform, however, if there are more progressive alternatives outside the DFL we will support those candidates.
“I think the work we did at the DFL city convention to push the idea of eminent domain to save homeowners from eviction was very useful in advancing consciousness on that FLA platform idea, and I think our political work on that helped recruit new members. I think Southside Pride’s endorsement of Doug Mann for mayor advanced our platform calling for a referendum on the Vikings stadium, and our endorsement of Betsy Hodges acknowledged the reality that it really was coming down to a race between her and Mark Andrew. I think those endorsements were principled, correct and politically savvy.
“I think Southside Pride’s support of Ty Moore (Socialist Alternative and Green Party candidate) over Alondra Cano (DFL-endorsed candidate) recognized that we will support left alternatives especially when they come out of grassroots organizing efforts that support our principles.
“I feel strongly that there needs to be a left critique within the DFL in 2014 for the precinct caucuses, the legislative district conventions, the School Board city convention and for the state DFL convention that will endorse candidates for governor, U.S. senator, etc. If we are to become a meaningful force and a genuine left alternative to the status quo, then we need discussion of these ideas.
“It is essential that you all chime in.
“Please.”

On June 23, Mel wrote back, “Hey Ed we ought to have lunch sometime. I appreciate what you are trying to do. I have a bit of a different perspective. I don’t really do DFL. I like the fact that you supported Ty over Alondra. I am still old school I don’t believe that capitalism can be reformed and from my perspective there is plenty of evidence to support that notion. I think that rather than struggling inside the parties of capital that working folks ought to create their own.”

On June 24, 2018, I wrote to Mel, “Do you have any photos of the Thurman Blevins rally yesterday? Do you know where we could get one?”

The next day, Mel wrote, “Hey man I will see if i can get you some.”

The next day I wrote, “we’re going to go with this for the cover”: 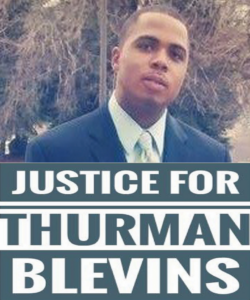 Mel: “ok I got some pics but can’t get them off my phone.”

Me: “stay cool. take power. how are Jeremiah and Phillipe on this? Do you want to write something for us on this? Please move beyond protesting to taking over the goddamned government.”

Mel: “Well brother I don’t think the Democrats are down for that lol. but yes you can use my blog that is posted on my page. or go to the blog fightthepowerjournal.com.”

Me: “Mel, you have the most developed analysis of anyone in this city about the function of cops and capitalism – you need to lead a way out of the wilderness. Protest is just whining and wringing our hands. I believe there is a left wing in the DFL that can be an effective vehicle for socialism and justice. You might find common ground in Socialist Alternative. But let’s find a way beyond protest. Let’s have lunch someday.”

Mel: “thanks sounds like a plan lets def do lunch sometime soon.”

Me: “How about Monday, Tuesday or Wednesday at Modern Times, 3200 Chicago Ave. I’m buying.”

I never heard back. And we both got too busy to take time for a leisurely lunch. But we were always fighting on the same side. And the fierce militancy of the movement for justice that we see evident today owes something to an earlier articulation by Mel Reeves.

I will always remember that he called me “Brother.”