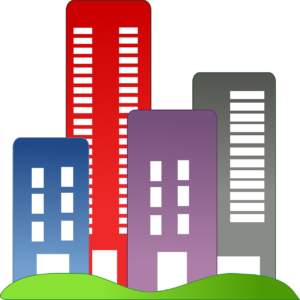 The Minneapolis 2040 Plan was back in the headlines recently when a judge put the plan on hold in June, siding with groups who said the city should have performed an environmental review, and then again in July when the same judge allowed the city to continue to implement the plan as it appealed June’s ruling.
Personally, I can’t make myself care about the outcome either way. The explosion in the cost of housing in the wake of the pandemic has taken its toll locally and, even if the real estate market crashes, rents are unlikely to go down and will likely continue to go up. If the city wins its appeal and 2040 remains in place, this reality won’t be substantially different.
In my opinion, Minneapolis 2040 was always more hype than substance. Even proponents of the plan have talked openly about how little additional medium-density housing has been added since the plan’s implementation. It is now touted as a success because it is inherently incremental and slow-moving. The fact that only five triplexes were built in 2021 in both Minneapolis and St. Paul, and that by June of this year only three triplexes had started construction for 2022 is cited by advocates of 2040 to say that opposition was without foundation – because the only opposition they recognize is from those people who felt that 2040 would add too much infill density within largely residential neighborhoods.
Now that the plan has been in effect for a few years I feel vindicated in my opposition to it on the basis that it was never going to deliver on the vast majority of its promises. The most high-profile example of the plan’s failure when it comes to adding density has to be the AutoZone on Lake Street. Burned down in the aftermath of the murder of George Floyd, it was quickly rebuilt. The 2040 Plan was in place at the time, but somehow the lot zoned “Built Form: Transit 20” was rebuilt with a one-story building. To clarify, the Minneapolis 2040 website states that “New and remodeled buildings in the Transit 20 district should reflect a variety of building types … Building heights should be 6 to 20 stories.” That “should” does a lot of work.
Whether the 2040 Plan is overturned or upheld in court, the city of Minneapolis should work aggressively and creatively to add to our housing diversity and housing affordability. There are a number of ways this could be done.
The city could create a program like Boston’s Intergenerational Homeshare which connects graduate students in need of a place to live with older homeowners with a spare room. This provides financial benefits for those involved (the renter pays less than they would for their own apartment, the homeowner collects rent), but it also reduces social isolation in older homeowners and enables them to better maintain their homes.
The city could also work with Hennepin county and advocate for a policy to provide tax deductions to owner-occupied, or homesteaded, properties where there is a rental. This tax incentive would need to apply to long-term rentals only, apply to apartments or rooms, and would need to be enough to offset the cost of a rental license.
The city should also do more to discourage short-term rentals; at the very least a short-term rental license should cost more than a long-term rental license given how much more income these units generate and their detrimental effect on the local rental market.
The city could also look at ways to incentivize the construction of Accessory Dwelling Units (ADUs) with a temporary permit waiver as was done in Portland. This saved homeowners $12,000-$19,000 per ADU. The policy was seen as so successful that it was extended on the conditional basis that the unit constructed cannot be rented as a short-term rental for 10 years. Minneapolis could also encourage ADU construction by offering a program like that offered by the Los Angeles Department of Building and Safety (LABDS) called the Standard Plan Program. Through this program the homeowner can find a pre-approved plan on the LABDS website and purchase it from the architecture firm that designed it. This means that the homeowner doesn’t need to hire an architect to design their ADU from scratch and also the pre-approved nature of these plans means dealing with less red tape with the city, so there is less cost and time needed before the ADU can be built.
These policies wouldn’t solve all of our housing affordability issues, but each could have a positive impact in its own way. Housing is a human right, and we need to be doing more toward that end.