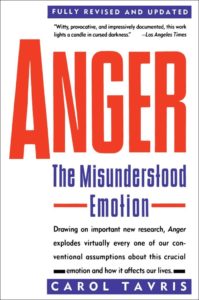 There is a hunger in all of us for community.
The impulse is older than human understanding. We long to be part of the tribe, to feel the comfort, to know the security, to be part of something bigger than ourselves. We were family, then clan, then tribe, then town, then city. Love is the lesson of Jesus. Love your neighbor. Share with them all that you have. From each according to their abilities, to each according to their needs. It’s in Acts of the Apostles: “All that believed were together, and had all things in common; And sold their possessions and goods, and parted them to all men, as every man had need.” (Acts 2:44-45)
It’s the blueprint to return to that communal love that nurtured humans from their beginning. Hope in that shared community is the magic that keeps us alive.
And there are among us some who believe they are better than everyone else. They can create quite a fuss, and we rush to comfort them.
Carol Tavris, in her book “Anger, the Misunderstood Emotion,” writes about how Inuits will gather round an angry person and smooth down the anger by treating it ironically. They will gently make fun of the anger.
That is the challenge for all of us: to understand the anger and frustration that many of our brothers and sisters feel, and to help them through their fear and pain with humor and compassion—“We’ve all been there. We can make it, if we stick together.”
But when there are beggars on the highways, and when the rich keep getting more money than they can possibly spend, then it is time for the rest of us to get together and make sure that we take care of all the people in our human family. We will look for the weakest members and give them strength, food and shelter, hope and education. And we will all be stronger because of it.
And it is hard work.
And it is doomed.
It has never worked. The apostles of Jesus were crushed by the Romans, and Christianity became Romanicized. Every communist utopia that came to this country, from the Mayflower Compact to Oleanna, started with the same hope, the same dream. And it barely survived a generation. It flowered and then it died.
Or, is it still alive?
Is it a dream that is somehow passed on?
Is it still alive in the co-ops and the credit unions, the community meetings, the festivals, the church socials, the little league games?
The work of Our Revolution, the young people active in the Bernie Sanders campaign, breathes new life and urgency into our sense of ourselves as a community.
They want the Beloved Community.
Our Revolution, Twin Cities, has posted their program on their facebook page: bit.ly/ortcPlatform. They want economic and racial justice and women’s rights.  They want to get money out of politics. They are concerned that people are attacked because of their sexual identity.  They have developed programs to help immigrants and refugees.  To protect affordable housing they want to enact rent control, they want community review of development to protect against gentrification, and they want any new housing development to include a sufficient number of affordable housing units. They would “Make all public institutions of higher education tuition free.” They want to “Institute a universal, single-payer national health program.”
They want the Beloved Community.
We should support them.
Their hope moves all of us forward.