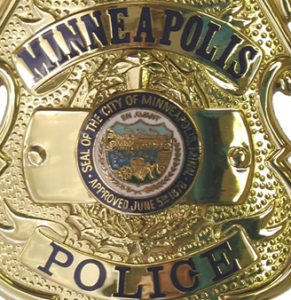 We do not need a change of the Palace Guard. Replacing the chief of police is not the solution to the problem with the Minneapolis Police Department. The problem is there is no accountability. The MPD officers believe they are above the law. They believe their badge and their gun makes them the law. Their recently re-elected leader, Lt. Bob Kroll, is the leader of City Heat, the neo-Nazi motorcycle gang. He has been sued by black members of the MPD (including the chief designate) for racist behavior. He has been prosecuted for use of excessive force as a member of a tactical squad special unit. He is the public face of the MPD.

1. The actions of the MPD must be subject to review by the Minneapolis Civil Rights Commission. Every other employee in Minneapolis, every other citizen or visitor to Minneapolis is subject to the civil rights ordinances of Minneapolis. The MPD are exempt. This tells them they are above the law. This can be changed by an action of the City Council.

Jeremy Schroeder, a candidate for City Council for the 11th Ward, responds:

Minneapolis needs to take more expansive action than simply replacing our police chief. We need to foster greater accountability of our police officers and their leadership to ensure real change gets made.  Heightened tensions between the community and police are not good for anyone. We need change now.
There absolutely must be public review of the training of MPD officers. We need to review our standards for recruitment, the training curriculum itself, and the graduation standard for the police academy. It is also vital that the police department expand its commitment to de-escalation and implicit bias training, and make sure that training translates to results in the field.
I am supportive of efforts to appoint a block captain on every block in our city, and like the idea of better defining these community members’ important role. Block captains serve as an important link between community members and the police department, and we have a significant opportunity to leverage those relationships to build trust and relationships between police and our neighbors. When block captains work with neighborhood groups, this system can have an even bigger impact. In my experience serving on the Hale Page Diamond Lake Neighborhood Association, we’ve struggled to get in touch with block captains because of privacy concerns. We fully respect that, but there needs to be a middle ground that enables us to get block captains more involved in neighborhood business so we can share resources and cooperate.
A disturbingly low number of Minneapolis police officers actually live in the city, and that needs to change. Living in the community they serve would give officers a deeper understanding of the issues they face. We need to do everything we can to discourage unfair and uninformed biases, and requiring police officers to work closer to home is an important starting point. It gives them a bigger stake in the community—something our city needs, especially now.