FROM WHERE I STAND: Short observations 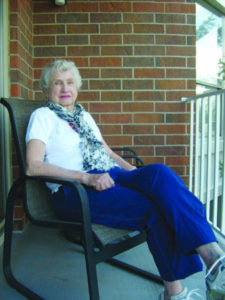 CEO pay may not be quite as high as it once was, but the numbers still dwarf the pay earned by the typical worker.

Chief executives of America’s 350 largest companies made an average of $15.6 million in 2016, or 271 times more than what the typical worker made last year, according to the Economic Policy Institute’s annual report on executive compensation.  The report from the left-leaning think tank said that number was slightly lower than it was in 2015, when average pay was $16.3 million and the ratio was 286-to-1.

Furthermore, the report states, “We could curtail the explosive growth in CEO pay without hurting the economy.” However, the President of the United States has indicated his recommendations are going in the opposite direction and his proposed policy would provide massive tax cuts for the rich while hiking taxes for many middle-class families.

I am fortunate enough and old enough to qualify for Medicare and also have supplementary health insurance. My medical bills are slight. However, I was just notified by my pharmacy that my Symbicort inhaler is ready for pickup and the price was listed at $360. I could hardly believe it. No, I didn’t have to pay for it, but my insurance will. How in the world could that small tube cost that much money? Then I remembered an article I had printed out concerning the cost of U.S. health care. A recent study done by the Washington-based Commonwealth Fund, entitled “US Healthcare Comes in Last among Wealthiest Nations,” claimed that, “The United States spends far more on healthcare than other high-income countries (U.S., United Kingdom, France, Sweden, etc.). Yet, the U.S. population has poorer health than other countries.”

The United States ranks last among 11 other advanced countries in healthcare outcomes, access, equity and efficiency. Life expectancy worsened in recent years, aggravated by the Opioid crisis. More people in the U.S. are living with age-related disabilities and chronic disease, placing pressure on healthcare systems to respond. Timely and accessible health care could mitigate much of this, but the U.S. healthcare systems fails to deliver indicated services reliably to all who could benefit.

As opposed to nations that guarantee health care to all, Americans’ ability to attain quality health care is almost entirely dependent on financial status. While acknowledging that Obamacare had success in providing coverage for low-income Americans, David Blumenthal, M.D., president of the Commonwealth Fund, noted that “in the U.S. 44% of lower income and 26% of higher income people reported financial barriers to care. In the United Kingdom these percentages are 7% of lower and 26% of higher income people reported these barriers.

Currently, the Senate Republican Party is pushing its members to vote for a bill that, if enacted, would drastically cut Medicaid, defund Planned Parenthood, and potentially cause the deaths of thousands of people. I suspect that the enabling legislation will be passed by the present Congress, which will allocate hundreds of millions of dollars for the military and the corporations that supply the military and deny the middle and lower-income citizens needed healthcare funds.

The United States is involved in foreign affairs events all over the planet. It’s not just the Middle East or Africa that draws our attention but also smaller nations such as Korea. The most recent incident was the negative reaction of South Korea’s new president, Moon Jae-in, to the presence of four additional launchers for a U.S. missile defense system, THAAD, meant to cope with North Korea’s nuclear threat. (Undoubtedly, he’d not been advised about this.)

The historian Bruce Cummings notes that the United States has played a significant role in undermining peace on the Korean peninsula for more than half a century, from drawing the dividing line between north and south in 1945 to carpet bombing with napalm during the Korean War to introducing nuclear weapons in l958. Today, 28,500 U.S. soldiers are stationed in South Korea, which has housed U.S. troops there for more than 70 years.

A ray of sunshine at the end of these dismal accounts is that there have been recent signs of hope for peace on the peninsula. A 2016 poll conducted by the Chicago Council on Global Affairs found that 81% of Americans believed that the U.S. should pursue diplomacy with North Korea (DPRK) to suspend its nuclear programs. The American Friends Service Committee advocates people-to-people exchanges and the Twin Cities supports a Korean-American newspaper.