CONFESSIONS OF AN UNREPENTANT MAOIST: The DFL Endorsing Convention 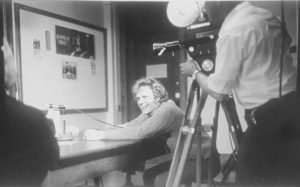 The spring of 1973 was critical. I had been fired from Experimental College. They didn’t actually fire me. Dean Werntz told the three coordinators who ran Experimental College that if they didn’t get rid of me and David Tilsen, the university administration was going to get rid of Experimental College. They came back and told me. I had no choice but to resign. We should have known that getting rid of the radicals was the first step to getting rid of the College. But we didn’t think five years ahead, we were thinking about a budget for next year. So, I resigned, but not without one last protest. I took the film crew that had been doing the documentary about the college [you can view the 1972 anti-war protest scenes from the documentary here:  https://www.youtube.com/watch?v=0u2FXF5ez7s&t=77s] to interview Dean Werntz. He wouldn’t see us. We sat in his office for an hour or so and then left.

[For a detailed summary of the anti-war protests at the U in 1972 check out “TAKE THE STREETS!” by Ed Felien available at Mayday Books.]

By now I had other things on my mind.

The DFL endorsing convention for City Council was happening in the spring of 1973, and this time I had a better idea of possibilities, having learned something from my defeat in 1971.

Two years before when I called delegates, I found out my mother was also calling delegates and warning them that I was a communist and that they shouldn’t vote for me. Judy Healy, a dear friend and Catholic delegate, told her, “Well, Alice, I’m throwing a fundraiser for him but I’ll pray for him as well.” But time healed the breach and by 1973 my mother had come to accept my radical politics, and she nominated me at the endorsing convention.

There were about 170 delegates. There were originally four candidates, but two were dropped after two ballots, and it became a race between Steve Aldrich and me.

In between balloting we lobbied undecided delegates. The totals see-sawed between Aldrich and me. It looked like neither of us could get the 60% necessary for endorsement. Aldrich’s people were telling delegates, “Steve agrees with Eddie on all the issues but Eddie’s just not electable.” We decided to tell delegates the exact same thing, “Eddie agrees with Steve on all the issues but Steve’s just not electable.” The Aldrich people were furious. They came to us and complained. We told them we were just saying the same thing they were.

Finally, although we were ahead by a little, it looked like the convention would deadlock without an endorsement. Someone from their side moved to adjourn. It was a standing vote. Aldrich was standing with his supporters in the front row in favor of the motion. I ran down to the front of the stage and said loudly to him, “Steve, you’re not voting to adjourn, are you?”

I knew most delegates wanted an endorsement. They had spent four hours discussing and debating, and they didn’t want to see it wasted. The motion to adjourn lost, and I got the 60% necessary for endorsement on the next ballot.

I spent the summer door-knocking every home in the 8th Ward. I found out later that only flakes knock on every door. Hacks printed out labels of all the people who voted in the last municipal election and put them on 3 by 5 cards. When they knocked on the door they knew the person’s name, and they sent them a letter afterwards thanking them for the visit. They could door-knock a ward in a fraction of the time and call every voter by name.

My pitch at the door was quick and simple: “Hi, I’m Ed Felien. I’m running for City Council for Ward 8. I would have voted against the domed stadium.” The City Council and the incumbent had just voted to spend millions of taxpayers’ dollars to build a new domed football stadium downtown. It was wildly unpopular. Sometimes we’d chat for a while and shake hands. Sometimes I’d just hand them a piece of literature with the phone numbers of city departments they could call in case of a problem, and on the other side was my campaign literature with a smiling photo. Sometimes I’d just wave and try to hand them the literature. If they weren’t home, I’d leave a piece at the door with “Sorry I missed you, Ed Felien” handwritten across it.

The incumbent was Jim Butler, a nice enough guy. His kids and my brother’s kids went to school together. He was a member of Holy Name Catholic Church. The Holy Name Men’s Club was a serious political machine. They sent letters to the parish warning about me. People would tell us when we were door-knocking that I’d been married 12 times and sacrificed goats on the altar. Their major campaign piece directly attacked me by reprinting two articles I’d written for Hundred Flowers: The Declaration of Independence—rewritten to allow North Country (Minnesota and parts of North Dakota) to secede from the U.S. because of the Vietnam War—and an article where I said if there was a mass bust of pot smokers (the West Bank was going through one of its seasonal fits of paranoia) then we’d organize a mass protest to free our brothers and sisters. One day I was taking a nap so I could door-knock in the evening when I was awakened by a phone call. It was Paul Helm, a right-wing radio jock. He was calling me on air. He quickly introduced himself and asked, “Hundred Flowers? Let a hundred flowers blossom. Let a hundred schools of thought contend? Isn’t that a quote from Mao Zedong?” I was awake enough to answer, “Well, actually, it’s a quote from Lao Tzu, an ancient Chinese philosopher.”

What I said was true, of course. Mao took the quote from Lao Tzu and used it as the slogan for the Hundred Flowers period in 1956 when he invited grassroots criticism of the Party and the government. Paul Helm never gave me the opportunity to explain that fascinating history. He hung up on me.

I won the seat on the City Council by a plurality. There were three people in the race. A candidate more conservative than Butler was taking votes away from him by also campaigning against the domed stadium. Butler was caught in the middle, and he leaked votes to the right.