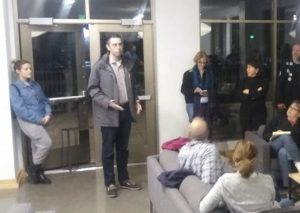 At its Dec. 2 General Membership Meeting, Our Revolution Twin Cities agreed to six priorities for the new City Council:

1. Policing: Make $50 million of the police budget contingent on them voluntarily adopting a civilian review board to review cases of misconduct whose recommendations would be implemented in every case.

4. City Attorney: Replace City Attorney Susan Segal, who made legal arguments in favor of the Vikings stadium and sued the $15 Now coalition to prevent a ballot initiative on $15; pursued heavy handed charges against peaceful activists; and prevented the disclosure of data necessary to hold police accountable.