Say ‘No’ to new immigrant detention site in Minnesota 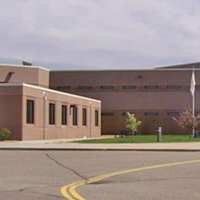 The federal government is planning to spend $2.1 billion on four new immigrant detention centers in the U.S. One of them will be in Minnesota. There are already 200-plus existing sites in the country.

According to Community Initiatives for Visiting Immigrants in Confinement (CIVIC), in 1996 there were 8,500 immigrants in confinement per day. By 1998 the number had more or less doubled to 16,000 per day. In the past several years it has been 34,000 per day, due in part to a congressionally mandated lock-up quota. Now it’s around 40,000. Immigrants are held in private prisons, Immigration and Customs Enforcement (ICE) facilities and county jails (closest to us are Ramsey and Sherburne). Many people seeking asylum are immediately locked up when they arrive in the U.S., and it might be years before their case comes before a judge. In the meantime conditions are inhumane and abusive. One hundred sixty-five people have died in U.S. immigration detention.

Taxpayers spend $2 billion per year to maintain the detention system alone, apart from the costs of deportation. The monumental waste of money and the tragic waste of thousands of lives could be prevented if the money were spent on creating a legal system in which it were possible with reasonable effort to gain U.S. citizenship. As it is, the hurdles are practically insurmountable.