Spirit and Conscience: Work and Poverty 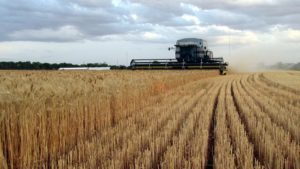 I think about my white privilege.

First of all, both my maternal and paternal grandparents OWNED farms in southwestern Minnesota, that is, they were in control of land that was stolen, but if they ever had a passing thought about it, it probably went something like this: “Well, the land has already been taken. I need a place to live and if I refuse to settle here, will it help anyone?” Like when I buy a real fur coat from a secondhand store, the rape of the natural world has already taken place; my purchase is not the cause of it. If I don’t buy the coat, will it save the animal? Will it send a message to people who kill animals to make coats out of them?

So, my ancestors came from Russia and settled land in southwestern Minnesota. They worked their butts off, and my parents, who didn’t come from rich families, but yet came from families where there was always food and shelter (the worst thing that happened during the Depression was that my dad didn’t get a new suit for his high school graduation—he had to wear old clothes—they still had their animals and their gigantic gardens), worked really hard to get college degrees. The door was open if they wanted to make the effort to walk through—and they did. I think their effort was great but not heroic. Everything they wanted was within their grasp. Effort was rewarded.

I had the option of deciding how rich or poor I wanted to be. My mother worked to save money for two years of college for each of her four children. I took out loans for my other two years and was able to pay them off in my first year out of college. I could have worked exceptionally hard then and acquired a PhD and lived from the fruits of my labor. I didn’t do that. But the door was open.

I have lived near the poverty line my whole life for a variety of reasons. Nobody called me lazy for doing that—I’m white (a functioning but not authentic definition).

I have never resonated with the mainstream and preferred to drop out. Actually there were people who admired me for it and would hand me money from time to time (not very often). Just recently, I found myself explaining at length in a letter to a high school classmate why I was more or less poor. I know she doesn’t care. She’s a committed socialist and goes door to door with her husband telling people about a better way than capitalism. People are receptive, she says.

I told my friend from high school that there were three major reasons I make so little that I have barely paid taxes. Not to pay taxes was never a conscious goal, but I suppose that deep down I “decided” to keep my income down because I can’t justify supporting military spending; I’m too chicken to actually be a formal war tax resistor, so it’s easier to be poor. Of course this means I don’t financially support a lot of good things in society either.

Another reason I haven’t worked that hard (I’ve only worked 9 to 5 a few times, maybe a year all totaled) is that I was lucky beyond belief to have a high paying skill that was in demand; therefore I could work very little and be OK. And I could be free to do what really mattered to me: cook from scratch, raise my kids and compose music (or keep searching for my true artistic medium). Also, to be truthful, apart from my desire to escape the meat grinder and the military industrial establishment, I suffer from an ever-present gnawing self-doubt that makes it difficult for me to go forward.

What kills me is people who are poor, I mean, without any way to be healthy, and pursue dreams, and who don’t want to be poor and also don’t want to receive government assistance—who want to be in control of their own lives. And have some food, shelter and healthcare security. Every year of poverty makes life worse. I wonder, what is their situation and why is it this way? It is truly unfair.

The best solution I’ve heard of is the Universal Basic Income that Richard Nixon talked about. When everybody has the basics—food, shelter and healthcare—it lifts a weight off of everyone.

The horror stories I hear from people, especially when they have no place to live. OMG. I have taken friends and acquaintances into my home a few times and so has my ex-husband, but none of those situations turned out very well. It’s important to help each other out, but people also need their autonomy. The big problem I had with having people in my home was their disrespect for me as a person, their need to be critical of me. I probably should have taken into account their stress level.

Everybody needs a way to shelter themselves, which means everybody needs money and access to affordable shelter. And a way of being in charge. I think the people living in my home didn’t have any agency in their lives, any control, so they tried to take over MY space. Very difficult for me. The UBI would give people money and control over its use.

How could our economy be set up so that the door would be open for everyone, with a reasonable amount of effort—not herculean or heroic effort—to fulfill their basic needs? Meaning food and shelter and health care.  Of course the needs multiply quite a bit when people go to work. It’s very expensive to go to work. A lot of work doesn’t even need to be done, so those jobs should be eliminated. Work should have meaning. It would be nice if not everybody had to work at jobs. They could provide so many important things. They would have time for their children and their elderly and their disabled.