CONFESSIONS OF AN UNREPENTANT MAOIST: Municipalization of the electric company 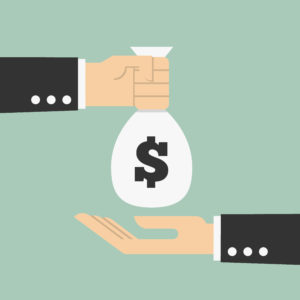 One of my more ambitious projects was to try to take over the electric company. It had all the romantic allure of Castro and Che sweeping down from the hills to take over a radio station and declare the Revolution.

It would be much cheaper for Minneapolis residents. One-third of the electric bill was state and federal taxes. Municipalization would reduce everyone’s bill by one-third—after paying off the cost of the purchase.

I was optimistic and fully charged.

The AFL-CIO Minneapolis Central Committee wanted me to come over and talk to them about the idea. They were seated at a long table, about 20 of them, representing most of the trades and locals in the city. I told them, “There’s three reasons we should support municipalization: It would be cheaper; it would give us some control over how electricity would be produced and we could get away from fossil fuels; and right now only a small fraction of the workers at the electric company were organized, and if the city took them over, the clerical and billing staff would immediately become members of the American Federation of State, County and Municipal Employees (AFSCME).” The union rep sitting next to the chair said, “If they ain’t organized, piss on ‘em.”

I was met with silence.

I learned that trade union politics had more to do with narrow self-interest than with working class solidarity.

The head of the union then sent a memo to everyone on the City Council telling them they opposed municipalization.

I ended up asking the City Council to spend $25,000 on a feasibility study to see if it would be practical for the city to purchase the electric company.

A short time after I left the council, the electric company went to the State Legislature and had the law changed so a municipality couldn’t purchase an electric company for original cost minus depreciation. They would have to pay replacement value, which put the cost out of the range of possibilities for most cities in Minnesota.

That’s an improvement over municipalization.

Individual ownership of an electrical generating plant is even more democratic and more decentralized than municipal ownership.