Hey, Jacob! The honeymoon is over! 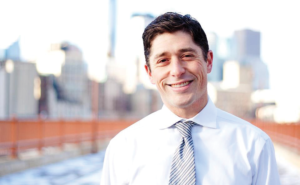 You had a great Super Bowl party, and the Downtown Council honored you at a fancy luncheon.

But you work for us, not Jimmy Fallon or Tom Brady, not the Downtown Business Council or the StarTribune. We hired you to run this City, and we expect progressive leadership from you.

On your official mayor website you say, “Finally, for Minneapolis to be a city that welcomes and cares for everyone, we have to begin the difficult work of repairing the relationship between our police department and the communities they serve and protect. For officers to keep our city safe, our entire community must trust that our police department will treat all of our residents with respect—regardless of race, class or background. That mutual trust can only be built on a shared commitment to making our police department more accountable to the people they serve. Public safety, accountability and trust are fundamental to the policing goals my administration will pursue.”

That all sounds nice, but we just learned that you intend to reappoint Susan Segal as city attorney. Our Revolution has asked you and the City Council to replace Segal “who made legal arguments in favor of the Vikings stadium; sued the $15 Now coalition to prevent a ballot initiative on $15; pursued heavy-handed charges against peaceful activists; and prevented the disclosure of data necessary to hold police accountable.”
The city attorney is responsible for protecting the civil rights of all the citizens of Minneapolis. Were the civil rights of Jamar Clark respected before he was killed by Officers Schwarze and Ringgenberg? Was there a presumption of innocence? Was he given due process? Was he protected from illegal search and seizure? Were the civil rights of Terrance Franklin respected before he was killed by the MPD in a basement in South Minneapolis?

You say, “That mutual trust can only be built on a shared commitment to making our police department more accountable to the people they serve.”

You do a great job of talking the talk, and you do a poor job of walking the walk.

The reappointment of Segal sends the message that it’s business as usual downtown—that the racist killing of young black men will continue without the police being held accountable.