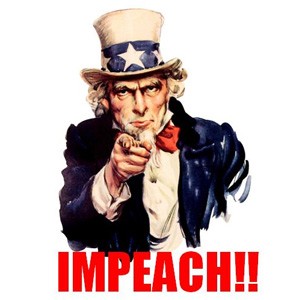 We don’t want it to happen fast.

It’s an important educational experience. It should take time and it must be as public as possible, so nobody freaks out and thinks it’s a trick or unfair.

They won’t bust him for collusion with the Russians to fix the election, though there’s plenty of evidence that Putin was all over Facebook and hacking into the DNC, and the home team knew about it and worked with it.

They won’t bust him for money-laundering, though it’s clear the Russian Mafia heavily invested in his SoHo hotel when no bank in this country would give him credit.

They won’t get him for trying to cut himself into the $5 billion a year opium trade in Afghanistan, even though that’s why Flynn was his first hire. Flynn knew the opium trade; he knew every step from the fields in Kandahar and Helmand Provinces to Pakistan and then as heroin from Pakistan back through Afghanistan to Turkmenistan and Istanbul and Europe and the U.S. Flynn has agreed to cooperate, but I’m sure Mueller has agreed not to question Flynn about certain sensitive business matters.

They won’t get him for the protection racket he was promising the Russians for their Trans Afghan oil pipeline. That’s why he picked Tillerson for secretary of state. Rex has experience laying pipe in Russia. Putin decorated him for his service. Rex knows how to lay new pipe through Afghanistan, and his boss knows how to use muscle and cut himself into a big deal.

They won’t get him for collusion with the Russians. It’s too complicated, even though he showed the Oval Office to Kislyak and Lavrov like they were the new owners.

They’ll get him on the cover-up, obstruction of justice.

It’s so frustrating. Of all the crimes he’s committed, to get him on trying to weasel seems tawdry and pathetic.

But, my wife reminded me, they got Al Capone on tax evasion, and that put him away for a long time.