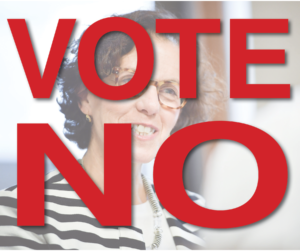 You will be asked to vote on the confirmation of Susan Segal for city attorney at the City Council meeting March 30. Even Segal’s most severe critics would agree with you that she is intelligent, well versed in the law and has been a good and faithful servant to the mayor and City Council.

The objection to Ms. Segal is that she has not been a good and faithful servant to the Bill of Rights and the City Charter. She swore an oath of office not to be a mouthpiece for developers and New Jersey racketeers, but to defend the rule of law.

“A black male wearing a black t-shirt then stood up, knocking stuff over, as Nash [the police dog] continued to hold onto a sweatshirt [probably the terry cloth robe] that he had in his mouth. Nash pulled the suspect out of his hiding spot, the suspect stood up and he then kicked at Nash. I then told the suspect that I needed to see his hands. Both of his hands were behind his back in the area of the small of his back. I could see that Nash had a hold of his sweatshirt causing his elbows to be pulled down and back. The suspect just stared at me. I then said, “Show me your f**king hands,” and again the suspect just stared at me. Again I told him to show me his hands, and this time he twisted a little bit from side to side. Thinking that he might have a gun in his hand, I went farther into the room and punched him in the face as hard as I could. The suspect just stood there and looked at me with a vacant deep stare and did not respond to my commands. I was especially concerned because I had punched him very hard in the face and received no reaction from him. I then took my flashlight and struck him over his right eye as hard as I could. Once again the suspect just stood and stared at me with a deep vacant stare.”

Does that sound like proper police procedure? Is that the proper way to approach and apprehend a suspect in a break-in? The city has a responsibility to hold officers (and all city employees) to a civilized standard of behavior and insure that our city employees act in a manner respecting all citizens’ civil rights.

We need that to start happening now.

And we need a city attorney who respects the City Charter. When the citizens of Minneapolis voted twice to amend their charter to demand a voice in spending city tax dollars for a sports stadium, then, for the city attorney to ignore the wishes of the people of Minneapolis and to seek favor with elected officials and New Jersey racketeers, it means we are no longer ruled by law but by gangs pursuing their own special interests.

We have an absolute right and a moral responsibility to insist that the city attorney does not work for politicians or developers or police officers federations. She works for us and the rule of law.

Our Revolution said to its members: “The appointment of City Attorney Susan Segal is being pushed through at full speed, despite a faulty process and opposition from community members and our membership who voted to make stopping her reappointment one of our top priorities for the year.

“We were disappointed to see our endorsed candidates Lisa Bender and Andrea Jenkins join with Jacob Frey in moving Susan Segal’s appointment forward.”

Our Revolution has made a conscious and deliberate strategy of staying in the DFL. In Michigan and Wisconsin the Green Party candidate, Jill Stein, got enough votes to make the difference between Clinton and Trump. Cam Gordon, the only Green on the council, is the only member at this time committed to voting against Segal’s reappointment.

Please vote NO on the reappointment of Susan Segal as city attorney.