Grassroots will solve our water problem 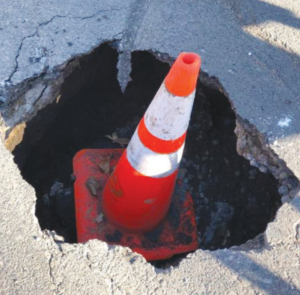 Maybe based on 5th District Commissioner Steffanie Musich’s suggestion you might think I’m referring to planting more native grasses to combat the flooding at Lake Nokomis.

On March 21, 2018, more than 100 people packed the gym at the Nokomis Community Center to hear from representatives from the United States Geological Survey (USGS), the DNR and many of our elected officials. The Minneapolis Park Board mails thousands of post cards to announce its meetings and gets a fraction of the turnout that the event on the 21st produced. It was word of mouth and a handful of social media posts that got people to that meeting, and there is no doubt the momentum will continue to grow.

Ms. Soholt opened the evening sharing that she started investigating in 2014 when eight homes on her block ended up with sewer line fractures after a street resurfacing project. It didn’t make sense to her that the homes had this type of damage after the city checked sewer lines before the project to make sure they could withstand the force of the resurfacing. Shortly after that the sinkholes on Edgewater Boulevard opened. Her work has introduced her to neighbors surrounding Solomon Park who now actually have cattails in their backyards. She stated, “Along with other concerned residents I have met in my journey, we have collected over 80 addresses that have had sewer line fractures, sinkholes, water in basements and shifting foundations with repair costs ranging from $5,000 to $60,000.”

Then Mr. Mullin, who has lived across the street from Hiawatha Golf Course for 20 years, shared the change she has seen. Not only is Mr. Mullin a resident who has witnessed the increase in water levels and their impact, he is also an environmental consultant who works with groundwater. He shared many alarming statistics from 30 years’ worth of data and reports.

The takeaway I got from Mr. Mullin’s presentation, besides wishing I’d pursued more science courses in college, is that since the areas surrounding Lake Nokomis and Lake Hiawatha were once wetlands, this threat could be expected and that action must be taken. An additional challenge is the urbanization that has occurred along the Minnehaha Creek Watershed in the communities of Minnetonka, Hopkins, St. Louis Park, Edina and southwest Minneapolis. When houses surrounding Nokomis and Hiawatha were built, land upstream that was once farms is now homes, apartments and strip malls. If you factor in expansion at the Minneapolis/St. Paul Airport, development in Richfield (Cedar Point Commons), and alterations to the Crosstown by MnDOT, it all makes sense that solutions will be needed to manage all the water that has nowhere to go but into our basements. He stated, “Future land use decisions should be based on science, and a comprehensive water management plan needs to be developed.”

After these introductions and backgrounds, Perry Jones, a hydrologist (YES!!!! a real, live hydrologist was there) with USGS, talked about the work they did in White Bear Lake. White Bear Lake had the opposite problem—receding shoreline and not enough water. Mr. Jones gave an overview of the work they could do and the steps they thought would be necessary to find solutions to the Nokomis/Hiawatha water problem. His emphasis—USGS uses science and data, they are bipartisan and do not implement solutions, they simply provide other organizations and municipalities with information to guide work that does provide resolutions.

The evening ended with Representative Wagenius saying she is committed to working with the DNR and legislature to find the money to fund USGS’ work and to unite the government agencies responsible for implementing solutions.

Besides the many residents in attendance and Representative Wagenius most of the area’s other elected officials were there, including Senator Patricia Torres-Rey and Council Members Andrew Johnson and Jeremy Schroeder. Also in attendance was Frank Pafko, a retired MnDOT executive and Republican-endorsed candidate for house district 63B, who stated clearly, “This issue should not become partisan. Neighborhoods need relief as soon as possible.” He then went on to speak with Representative Wagenius to offer his assistance with MnDOT connections.

After almost three years of frustration and concern I am so happy that this meeting came together and I’m so grateful for the work of Ms. Soholt and the others who have tirelessly reached out to the city, to council members, to the Park Board and others until finally these politicians and appointed officials are listening. I’m optimistic about what will grow from these grassroots and the solutions we can help bring for the community.