CONFESSIONS OF AN UNREPENTANT MAOIST: The police 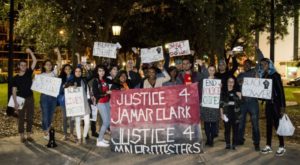 I’ll tip my hat to the
new constitution
Take a bow for the new revolution
Smile and grin at the
change all around
Pick up my guitar and play
Just like yesterday
Then I’ll get down on my
knees and pray
We don’t get fooled again.
–Peter Townsend

We got fooled again.

At their meeting March 30 the Minneapolis City Council voted to confirm the reappointment of Susan Segal as city attorney, even though Our Revolution (which had endorsed all Southside DFL incumbents in our area) asked them not to reappoint her because she ignored the violations of civil rights of black citizens by the Minneapolis police and ignored the City Charter that prohibited giving millions of our tax dollars to New Jersey racketeers to build a sports stadium.

These problems are not new. Earlier in my Confessions I wrote about how 45 years ago a new City Council and the new Council president, Louis DeMars, hired a new city attorney and how he began initiating criminal complaints against police officers for misconduct.

We have argued in Southside Pride that the conduct of the officers arresting Terrance Franklin and Jamar Clark violated their civil rights. The reappointment of the present city attorney puts an official stamp of approval on that police misconduct and should be seen as a threat to all of our civil liberties.

On June 23, 1975, a Minneapolis police officer shot a young black kid in the back as he was fleeing the scene of a suspected burglary. Previously, in February of 1974, we had established a policy with the police chief that officers would NOT shoot at so-called “fleeing felons.” The city was outraged. The Urban League complained of insensitivity and inhuman treatment of the black community. Mayor Hofstede told the Minneapolis Star, if the youth was unarmed, “I will be inflamed and will do something about it.” Hofstede and DeMars asked the University of Minnesota Criminal Justice Department for help in understanding tenure in top management of the Police Department, disciplinary procedures and tort liability of officers.

Hofstede established two avenues of redress for citizens with complaints against the police. They could go to the Police Internal Affairs Unit or to the City Attorney’s Office and “Copies of citizen complaints initiated in either office are forwarded to the other to insure proper disposition of the matter, whether it is criminal in nature, a matter of misconduct or eventually determined unfounded.”

Walter Duffy, the city attorney, issued this statement: “On October 1, 1974, the Internal Affairs Unit began referring all complaints to our office for review. This refinement strengthened the two-avenue complaint procedure and resulted in increased efficiency in handling these matters by both offices. This process has improved communications, reduced duplication of efforts, improved enhanced openness on the part of police officers and has resulted in professionally sound and thorough reports being received by this office.”

That was more than 40 years ago.

Today the smothering bureaucracy of City Hall and the timid, self-serving politicians who run our city government have given our police a “Get Out of Jail Free” card. Why haven’t the officers who violated the civil rights of Terrance Franklin and Jamar Clark been disciplined? Why hasn’t the city attorney reviewed these police reports and recommended action to the chief of police, the mayor and the City Council?

* * * * * * * *
Addendum: In an earlier column on Gay Pride I neglected to mention that my colleagues on the City Council, Earl Netwal, Lee Munnich and Tom Johnson, had introduced an Intention to Introduce an Ordinance to change the Civil Rights Ordinance to include sexual preference as a protected class, months before my efforts. The first Gay Rights Ordinance in a major city in the U.S. (only Ann Arbor, Mich., preceded us) was a collaborative effort, and it passed the Council unanimously and was signed by the mayor, and Mayor Hofstede, Dan Quillin and I paid for it in our failed bids for re-election the following year.