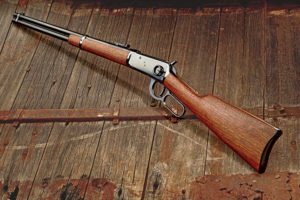 Local police were alerted by concerned people or called to the Florida school shooter’s home between 20 and 39 times (reports vary). School authorities were worried enough by the teenager’s aggression (threats, assaults, bringing bullets to school) that they expelled him. Police calls included actual crimes: assaults, harming animals, threats to kill. More than one person reported the shooter had weapons and vowed to become “a professional school shooter”— confirmed by the shooter’s online posting.

Domestic violence still often gets minimal response—until murder happens. Women living in “private terrorism” plead with police to remove an abuser’s weapons. Cops reply, “We can’t do anything until someone is hurt.”

In 1971, when I was 13, my alcoholic grandfather held my grandmother and I hostage, pacing around with his hunting rifle, threatening to kill us. When he turned his back, I slipped out the backdoor. Returning hours later, my grandmother was alive. He had beaten her ever since I could remember. Calling police changed nothing.

I took the rifle, wrapped it in a sheet, and hid it in a nearby water pipe.

When my grandfather noticed his rifle missing, he reported it stolen. The police sprang into action, taking me aside to ask about it. I said we’d called many times about my grandfather’s violence and that he’d threatened to shoot us the night before.

One cop said, “A gun can’t just be out there somewhere. What if a kid finds it and gets hurt?”

I asked, “Will you take it away?” When he agreed, I took them to the water pipe.

They returned the rifle to my grandfather.

“It’s his property,” the cop said.”We can’t do anything until someone gets hurt.”

Last year, a friend confided that she was increasingly worried about her adult son, returned home, unemployed and depressed. Over several months, the depression deepened and the son’s behavior became increasingly aggressive. He refused mental health services.

I asked, “Are there guns in the house?” Yes, three rifles her husband no longer took hunting. I doubted her husband would recognize any threat since his response to his son’s deteriorating mental state was, “Get off your ass and get a job.”

“Should I call the police?” my friend asked. I shared my experience and said, “We have to deal with this ourselves.” We concealed those guns and put them in a commercial dumpster, headed for the landfill.

Two days later, the son went to the basement, overturning boxes, emptying all cupboards and closets—including where the guns had been.

I have no doubt a tragedy was averted.

Most law-abiding gun owners are willing to be inconvenienced in order to keep guns from dangerous people.

Instead of Jess Sessions spending his time rewinding the War on Drugs, he should prioritize gun trafficking, with serious penalties for felons trying to buy guns and for “straw purchasers”—people buying guns for felons. We can ban “bump stocks” and other accessories that make legal semi-automatic guns function like already-illegal automatic weapons. Republicans claim there are civil liberties concerns about the Terrorist Watch/No Fly lists, but, if someone is too dangerous to fly, then they should be too dangerous to buy guns.

Every time police kill an unarmed person, that action is excused by the mantra “police face danger every day to protect the public.” The school resource officer and three Broward County deputies remained outside, not intervening in the Marjory Stoneman Douglas massacre.

This police failure inevitably raises a question: If the AR-15 intimidates law enforcement into passivity, why is this weapon of war—modeled after the military’s M-16—sold to civilians? This is the preferred weapon of mass murderers from the Aurora, Colo., movie theater to Las Vegas and the Orlando Pulse nightclub. In Parkland, Fla., an 18-year-old not considered mature enough to buy beer can legally amass an arsenal—including an AR-15—and did.

There are as many people murdered by guns as five Sept. 11 attacks every year—with another 20,000 dead from suicide and accidents. Some “Second Amendment activists” call this carnage “the price of freedom.” The men who wrote our Constitution would say that view defies all reason.