CONFESSIONS OF AN UNREPENTANT MAOIST: The new Farmer-Labor Association 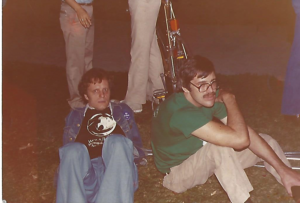 After losing my bid for re-election, and after a respectful period of mourning and self-pity, I decided it would be a waste to lose contact with all the politically active progressives I’d met. I wanted to start a radical, Farmer-Labor Caucus, within the DFL. We’d be based on the history of the Farmer-Labor Party of the ’30s.

At the 1934 Farmer-Labor Party Convention in Minneapolis, Governor Floyd B. Olson said, “I am what I want to be. I’m a radical. I’m not a liberal. We need a definite change in the system.” The Convention went wild and wrote a socialist platform with a Preamble that said, “Capitalism has failed and should be abolished. We mean to establish a Cooperative Commonwealth.” The FLP went on to win a majority of seats in the House of Representatives in the ’34 election with that platform.

In the winter of ’76 I called a meeting of friends, supporters and comrades to talk about forming a Farmer Labor Caucus in the DFL. About 40 people showed up. We agreed with the overall analysis of capitalism versus socialism and the Cooperative Commonwealth. We agreed the best strategy for educating voters and linking up with other progressives would be to work inside the DFL as the Farmer-Labor Caucus. And we agreed to go to the upcoming precinct caucuses.

We supported Fred Harris, a former senator from Oklahoma. He was promoting Economic Democracy and Native American issues.

We had begun a monthly community newspaper, Southside Patriot, and a newsletter for supporters. We held a Farmer-Labor Convention in the fall and elected Tom O’Connell chair.

But giddy with expectation that everyone in the DFL was now going to move up, Don Fraser decided not to run for re-election to the House and decided to run for the Senate. He lost to Bob Short who ran against gun control and abortion.

I took a job as assistant professor at Wayne State University in the fall of ’76 teaching humanities to auto workers. I kept in touch, kept my house on Powderhorn Park and commuted regularly.

When it became clear Fraser was not going to run for re-election, that set off a mild earthquake in Minneapolis. Lots of people wanted the job. Marty Sabo was speaker of the Minnesota House and clearly first in line. But we were not happy with his centrist and liberal politics, so we encouraged Tom O’Connell to run for DFL endorsement for Congress. We got more than 40% of the delegates to vote for Tom in the Convention. We held up the endorsement until we got Sabo to commit to come back and talk to us every three months so we could review his performance.

Sabo actually amazed us. He became chief deputy whip for Speaker Jim Wright. They got some progressive legislation through Congress even with Reagan in the White House, but their most important and significant act was to threaten impeachment proceedings against Reagan for supplying the Contras with weapons and money in violation of an Act of Congress. It was a scheme dreamed up by George H W Bush (Vice President and former head of the CIA) and Colonel Ollie North (who had taken over the French opium trade in Vietnam and handed it off to the CIA) in the basement of the White House. The Contras in Nicaragua collected opium and heroin from dealers in Columbia. The CIA flew the stash to a CIA base in Southern Florida. The Mafia paid cash for the stash, and the money was used to buy weapons from Iran, and then the weapons were flown to the Contras in Nicaragua: The Iran-Contra Affair. And Sabo helped blow the whistle on it.
I asked Tom O’Connell to describe what we were thinking back then:

“Our goals at the time were to create awareness of FL history and principles within the DFL, organize around such issues as rent control, municipal and other measures that directly challenged corporate power, and elect FL candidates within the DFL, including Karen Clark (our first big victory), Nat Forbes for state auditor (close but Dave Roe blocked him), and Alice Tripp for governor, who ran an inspiring primary campaign, among others. We also endorsed and were a catalyst for Paul Wellstone’s campaign as auditor and then U.S. senator (although by then he was much bigger than the FLA).

“We had about 500 members, chapters in North Minneapolis, South Minneapolis, Mankato, Duluth, St. Paul and West Central Minnesota. Alice Tripp was co-chair for much of this time.

“I currently chair the Farmer-Labor Education Committee, a small nonprofit that Paul Wellstone started, to do education about Farmer-Labor History. Among other projects, we are working on a documentary film that will answer the question: Why is Minnesota’s Democratic Party called the Democratic Farmer-Labor Party?

“For the Cooperative Commonwealth!”