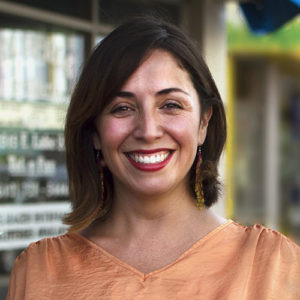 We supported Alondra Cano when she ran for re-election last fall.

We were proud of her participation in the demonstrations against the police killing of Jamar Clark. We were proud of her when she joined Lisa Bender in trying to suspend the rules at a City Council meeting to allow Dave Bicking and Michelle Gross to speak about police brutality.

David Tilsen wrote her endorsement for us: “I decided to help Alondra Cano in her re-election campaign this year because she stepped up when I asked her to help with trying to stop the Dakota Access Pipeline.”

Our Revolution endorsed her because she was the “lead author of our unanimously approved staff direction to divest from banking institutions that have money in the Dakota Access pipeline.”

She talks the talk, but she doesn’t walk the walk.

She opposed charter amendments to raise the minimum wage to $15 an hour and create a citizen review of the police. She supported the reappointment of Susan Segal as city attorney and Velma Korbel as head of the Civil Rights Commission, even though both have resisted efforts to make the MPD more accountable.

Those votes were disappointing, but not as disappointing as her rejection of Cam Gordon’s proposal to give the City Council more oversight of the MPD. She said she was “disgusted by the privilege presented by this move,” and accused Gordon of introducing the charter amendment just to score political points.

She told the Star Tribune that she would resign her position as chair of the Public Safety Committee if the amendment were to be adopted. She wouldn’t have time to oversee the MPD and look after the needs of her constituents.

Those of us who supported Cano last year heard repeatedly from her constituents that she was no help in solving neighborhood problems. We shrugged it off as just a few exceptions, but, then, this summer when I called her office for some help getting a neighbor to find some place other than our residential street to park his moving van, I found out how dysfunctional her office really is. First, it took days for them to get back to me. Then Aisha Gomez, her aide, said it wasn’t illegal. Then she checked. And then she said it was. I asked her to talk to the neighbor and find him another place to park his truck. Fortunately, for me and for our neighborhood, I also contacted Tabitha Montgomery, the executive director of Powderhorn Park Neighborhood Association, and within a few days she was able to find the moving van a new parking place close by. When I was on the City Council 40 years ago, my colleague from the 9th Ward was Zollie Green. He was a living legend. He would drive all over his ward on a bike. When a street was to be plowed in the winter, he and his aide would door-knock houses where cars could be towed. He was a very visible, very active face of city government in the 9th Ward.

From the Star Tribune Editorial:“A Star Tribune news analysis recently reported that in the first six months of 2018, Ninth Ward Council Member Alondra Cano topped the list of absent members. She missed 29 percent of the meetings she was supposed to attend, including three of the 15 full council meetings and 16 of 51 committee meetings.”

“Citizens who put their faith and tax dollars into elected officials’ hands expect to be well-represented—and that starts with having their representatives show up.”

From an earlier article in the Star Tribune: “In an interview, Cano said she was out of town during the month on two personal trips, which she planned before these incidents took place.”

“Planned before these incidents took place”??? Did she know while she was running for office that she was going to take “personal trips” worth 15 council meetings? Because most of us believed she would be full time helping us in the neighborhoods and representing us downtown.

Please, start meeting regularly with neighborhood groups. Listen to Dave Bicking and Michelle Gross about ways your Public Safety Committee can represent our community when reviewing conduct of the MPD.
Come up with your own way of hearing the voice of those in our community who feel they have been abused by city employees wearing uniforms.

We need you to be a full time representative of our hopes and dreams downtown and in our neighborhoods.

Congratulations on hiring Ilhan Omar’s husband, Ahmed Hirsi, as senior policy aide for between $73,000 and $81,000 a year. With Ilhan a sure bet to go to Congress and Aisha Gomez a sure bet to go to the Legislature, that makes you the best connected official in city government. We hope these appointments are not political paybacks but will help you find solutions to controlling the MPD and solving problems in our neighborhoods.