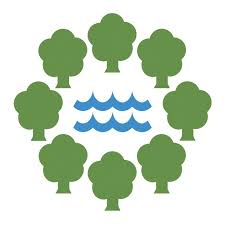 People are complaining of a smell coming from deals being made at the Park Board.

Park Board President Brad Bourn appointed his best campaign worker, Kendall Killian, to a $114,000 a year consulting contract. They broke the contract into six-month periods, so it didn’t need board approval and a public hearing. The board would have probably approved the contract anyway because Killian helped in five of the new board members’ campaigns.

Carol Becker wrote about this on the Minneapolis Issues Forum:

“I heard about this before the election was done. That Mr. Bourn was going to hire Mr. Killian because of his help getting him elected. That Mr. Killian ran the Coordinated Campaign for Mr. Bourn. It was, as Mr. Lyden’s commentary notes, a pretty widely known fact that this was going to happen. That is why I distrust what the superintendent said. Along with the resumes of the people who were passed over, the lack of documentation of work products, etc, etc, etc. All the stuff that Parkwatch put up.

“It seems to me pretty clear what needs to happen.

“First, the contract needs to be terminated immediately. If the superintendent does not do this immediately, the board should meet in emergency session to terminate the contract. Like this Wednesday.

“Third, if there was graft or cronyism, the staff who perpetrated this should be terminated. This could include the superintendent, given her statements on camera.

“Fourth, question of whether the Park Board, after all these decades, needs another lobbyist (they have already had one) needs to be included in the budget process so it can compete against needs like keeping Eloise Butler open, keeping park buildings open, retaining front-line staff to maintain parks and other basic needs.

“Last, if the board decides that they need another lobbyist over all the other needs at the Park Board, it clearly needs to be either an appointed position or a civil service one. Back in the day, you had to have legislative approval to add appointed positions. I don’t know if that is still true. But if this is going to be a political position, then it clearly needs to be identified as such. If it is civil service, then it has to follow all the civil service rules for hiring, time tracking, work evaluation, etc.

“I hope that the Park Board moves swiftly to regain the public trust. We have too much distrust in government to allow the things happening in our federal government to also be happening here in our own backyard.”

At what point does this become corruption? At what point do the taxpayers revolt at paying taxes to have someone pay political patronage to campaign workers to keep cranking out lies and manipulation?

In 1855 in San Francisco, the word shenanigan first appears in print. It has a definite Irish ring to it, but I would guess it is a bad Irish translation of the Spanish word chanada, to trick or deceive. The Mexicans and the Irish were both at the bottom of the ladder in the boom town of San Francisco just after the Gold Rush, and they both had a healthy disregard for the corruption of local government.

Carol Becker is right. The Park Board needs to come clean, and throw out the corruption before the rot makes the stench unbearable.