Minneapolis 2040, the toxic greenwashing of a city: ‘Climate Change is NOW’ 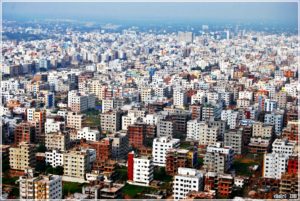 The Minneapolis 2040 Plan is not just an example of greenwashing, its advocates have also created a toxic atmosphere in our city which negatively impacts future efforts to achieve true climate justice.

The Paris Accords of 2015 agreed that in order to avoid the most catastrophic effects of climate change we need to limit the increase in global average temperature to “well below” 2° C above pre-industrial levels and “pursue efforts to limit the temperature increase to 1.5° C.” The theory is that if we limit warming in this way we will be able to reverse the effects of climate change, eventually. If we do not meet these targets, scientists fear that the effects of climate change will not be reversible (“The New Carbon Architecture” by Bruce King). However, in an article by Steve Hanley from 2017, Bill McKibben contends this is a political rather than a scientific number and says that the science indicates we need to stick to 1° C if we want to be able to prevent irreversible catastrophic change. We were at approximately .8° C as of 2017. The article goes on to point out that, “Even if we stopped all emissions tomorrow, the warming of the planet would continue for decades. Our only realistic hope is to stop pumping the atmosphere full of carbon and find a way to remove some of the carbon that is already there.”

Removing parking requirements won’t prevent this. Increasing building mass allowed on lots won’t do this (2040 does NOT require increases in density). The impact of simply moving more people into Minneapolis is negligible.

Even if we somehow manage to keep warming below 1° C above pre-industrial levels we WILL face a climate that is unstable and unpredictable for decades before things eventually correct themselves.

The recent polar vortex saw Xcel Energy asking its more than 400,000 customers to lower their thermostat to 63° F and later 60° F to allow them to keep up with demand. Before taking these measures, about 150 households in Princeton lost natural gas service entirely. Nearly 7,000 households lost power from wind and cold on the wires. We need to be looking at both how to reduce our emissions to limit the negative impact of climate change and also how to build resilient infrastructure for a future with increasingly volatile weather events.

One way to achieve both a decrease in carbon emissions and more resilient infrastructure would be to increase our power generation by solar, specifically rooftop solar. In severe weather, utilities that have dispersed generation will be more resilient than a grid with energy production limited to specific large electricity generation. This creates resilience through reducing the impact of outages. It also reduces our carbon emissions by renewable energy generation in addition to conserving energy through reduction of energy loss along transmission lines. According to the U.S. Energy Information Administration (EIA) “…transmission and distribution (T&D) losses average about 5% of the electricity that is transmitted and distributed annually in the United States.”

The Minneapolis 2040 Comprehensive Plan does NOT address this in a concrete way. In fact, advocates of 2040 have actively worked AGAINST protections to solar generation within the city. One advocate, Nicole Salica, celebrated changes in the final version of the Comprehensive Plan that, “… softened language around solar access, which addresses my concern about people installing solar panels to block development.” and decried that, “Shadowing is a concern now.” Given the trouble and expense of installing solar on a home or business, it is hard to believe that people will install solar panels in droves to block development. Also, as someone who believes in the need for immediate action on climate change, installation of solar panels by those who otherwise wouldn’t is a win. Keep in mind that 2040 doesn’t require increases in density, and therefore the “development” potentially challenged by nefarious solar would not necessarily be high density or affordable housing and may in fact be a McMansion. This doesn’t seem to be the position of someone truly concerned about climate change to me. This is the position of someone worried about the interests and needs of developers.

Unfortunately, if we truly want to tackle the twin issues of reducing emissions and increasing resilience we need to be working at the state level if not the federal level. The state determines our building codes, and therefore how efficient our new construction is, or whether it’s required to incorporate renewable energy like solar and geothermal or design standards that would encourage construction of passive solar or even passive house structures. Another way to tackle this would be to push for The Public Utilities Commission, which oversees our gas and electric grids, to require greater investments in renewable energy generation.

The 2040 Plan does not implement meaningful concrete changes when it comes to our carbon footprint as a city. I am even worried it could even increase our carbon footprint. All the arguments in regards to the environmental benefits of 2040 are only so much hot air.

PHOTO CAPTION: Minneapolis will probably never reach the population density of a city like Dhaka, in Bangladesh, one of the top 10 cities in the world for extremely high urban density.