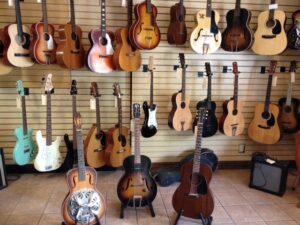 Cedar Avenue is a place where you can get good deals from locally-owned, unique businesses. We are highlighting five of them, some only a couple of years old, and some over 40. How many other avenues in town, or even in the country, can supply you with a serious political tome at a deep discount, mandolin lessons, a rare local zine or limited edition local music on vinyl, reasonably-priced tattoo removal, and an Elvis singing telephone, all within a two-mile stretch that also includes Latinx and East African grocery stores and cafes, Mexican hamburgers, iconic dive bars, art galleries, cheap hairstylists, tuxedo and dress rentals and a historic cemetery? Only Cedar Avenue, I think you’ll find. At the northern end of our two miles, buried beneath a bike shop, perched on a corner between the Cedar-Riverside neighborhood and the edge of the University of Minnesota West Bank campus, is the oldest of our featured businesses, May Day Books. We didn’t have to research May Day Books to present it to you; I personally have been going there since 1984, and have been to more meetings in its cramped but cozy all-purpose space than I can remember. Heck, I have even been physically ejected from there over a ridiculous doctrinal dispute with four white male anarchists that I suspect were just out of their teens (they’d be in their 40s now). (When you get thrown out of a bar, you can make clever ripostes about it, but when you get thrown out of a bookstore, you stand there and go, “Wait, what just happened?”) May Day Books also has an amazing old-school but surprisingly informative website, where they proclaim: NOT MAKING A PROFIT SINCE 1975. ALL BOOKS ARE 15% OFF. HBKS 20% OFF—ALL THE TIME. The blog attached to the website has fairly current book reviews and other analyses at https://maydaybookstore.blogspot.com/. The store is open from 12:30 to 7 p.m. Monday through Friday (and sometimes later if there is a meeting), 12:30 to 6 p.m. Saturday and closed on Sunday. 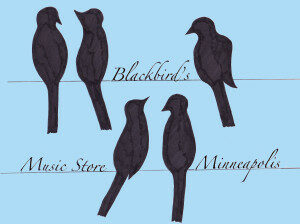 About a mile and a half south is the pretty corner of Cedar and East 35th Street, where the Corcoran Neighborhood Organization has its office. Just north on the same block is the venerable institution for bluegrass and folk musicians, Blackbird’s Music. They have four interrelated services there—sales (and rentals) of stringed instruments, repair of stringed instruments, music lessons and jams. They are open at 10 a.m. Tuesday through Saturday. Check out http://blackbirdsmusicstore.com/jams/ for the jams schedule, which currently includes A Bluegrass Jam led by Russ Rayfield every Thursday at 7:00 p.m. and a French-Canadian song jam led by Linda Breitag the second Saturday of each month at 10:30 a.m. We visited Blackbird’s recently to make some inquiries. I have an autoharp I bought at a Walker Rummage Sale bag day for $4 that’s not playable. I looked at their single autoharp for sale at a very reasonable $300. I asked about repair and the lady helping me said it would definitely make sense to bring it in, they could almost certainly repair it. And I asked about lessons. Again, very reasonable: $25 per half hour, which is the same for most of their lessons, and slightly higher at $30 per half hour for classical guitar or violin. I usually feel a bit intimidated in music shops, but Blackbird’s, besides being sensibly priced, is welcoming and friendly. They had a large inventory, for such a small shop, of fiddles, mandolins, ukuleles and acoustic guitars. Check out the whole website or their Facebook page for more information about classes, inventory, hours and repairs. 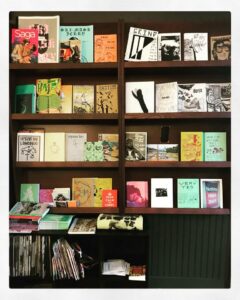 Just around the corner, at 1828 E. 35th St., is Dead Media, an interesting shop owned by a small group of millennials. The store was in a basement of another store in Seward for several years before relocating to its present spot in 2017. When I visited, the store was staffed by a very recent new employee. In fact, he said my purchase was his first sale. (I bought some books. I know, I know, I have enough books, but God help me, it’s a sickness.) I also browsed the vinyl, VHS tapes and the zines, and although I would have bought a bit of that too, I can restrain myself on everything except books. I wanted to be able to include how they acquire their used books and music, always good to know with stores selling secondhand stuff, but I don’t know if the new guy really knew, so you may need to inquire via Facebook if you want to sell stuff. Do check out Dead Media, though; their Facebook page and their Yelp page (with many good reviews) show hours and other relevant information. 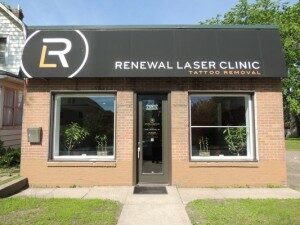 Renewal Laser, a tattoo removal clinic, has been on Cedar Avenue for a while. I don’t know if it’s the only one in South Minneapolis or not, but most of them seem to be in the suburbs. I confess, your roving reporter did not visit Renewal Laser, but rather conducted all research for this article online. I don’t have a tattoo anywhere on me, and even though a tattoo laser clinic is sort of alternative, it’s still essentially a clinic, and I just couldn’t bring myself to barge in there and ask questions. Instead I will just relate that when I was a teenage girl geek in AP math and science, all the boys in my science classes wanted to build a computer (this was pretty ambitious in 1968), but I wanted to build a laser. Because they had rubies in them. I don’t know if they still do; probably not. In case you DO have gnarly tattoos on your body and want to do something about it, there is a powerful pitch for going to Renewal and not out to the suburbs in a review on Facebook by a happy customer. She states: “I am a very happy customer! Renewal Laser Clinic Tattoo removal—in Minneapolis is awesome!! … I have to share because I tried this 3 years ago with a different company and it didn’t go so well. The previous company tried charging me $3,000 to get my tattoo on my ankle removed. It was such a bad and painful experience, that I never went back after the first session. Renewal Laser Clinic- Tattoo removal in Minneapolis… said $50.00 a session and it should only take 6-7 sessions. $3,000 compared to $300 Wow!! I was surprised but very happy that it didn’t hurt at all.” On top of all that, they often have Groupon deals. 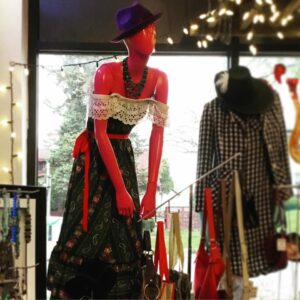 The most southerly spot on our chosen stretch of Cedar Avenue is in, or at least adjacent to, the 4200 Cedar Avenue building of recent fame because of its radical mission and most excellent whole building-sized mural. The actual address of Groovy’s, an antique store selling vintage clothes as well as small furnishings and a selection of kitschy goods, is 4206 Cedar Ave. S. This is also the newest business of the lot, having just celebrated its two-year anniversary in June. The shop is owned by a couple, one of whose father also owns an antique shop, in Anoka. The name Groovy’s sort of gives you an idea of the kind of stuff they carry, and it is quite 1960s to 1980s in appearance, although there are older pieces. Of course, South Minneapolis is absolutely heaving with vintage shops of all kinds, but two years and going strong is an indication they’re doing something right. In addition to clothing and accessories, the shop sells music in a dedicated section, mostly vinyl, and also posters and other media, and also kitschy planters with plants in them. Customers have given them universally high reviews on both Facebook and Yelp, mentioning the cleanliness of the shop and the high level of service. 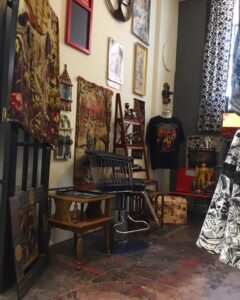