Savers, Perkins and a laundromat

On arriving in MSP after a two-week trip to Germany visiting family, I found out that the Perkins in my neighborhood, the last remaining Perkins in Minneapolis, had permanently closed a few days earlier. The next day I went to an event near the house I grew up in and discovered that the laundromat nearby has also permanently closed. After the recent closing of the Savers on Lake Street (again, the only one in Minneapolis) and after walking the streets of cities with buildings hundreds of years old, some still pockmarked by WWII, and playgrounds repaired and maintained for decades, these combined closings felt like a gut punch.
Change is inevitable, but changes that so disproportionately impact lower-income people and that are likely to lead to drastic gentrification leave me frustrated and concerned with the future of this city. There is also the question of what is likely to replace these businesses. The building that houses the laundromat is unlikely to change physically, but even if it is replaced by something great, it’s unlikely that the new business will serve as vital a function to people of so many income levels as did the laundromat. I expect apartments of some sort to replace the Savers and the Perkins.
There is nothing inherently wrong with apartment buildings. In fact, I would love to live in a condo. The problem I have is with the housing that is built in our city. Quite frankly it’s crap. Condos as they are constructed in Minneapolis are not an option for me and my family for a number of reasons.
Having relatives overseas means we regularly have guests that stay a minimum of two weeks at a time; we also have a child and I work from home. This means we need a minimum of three bedrooms (full disclosure, the house we live in only has two bedrooms but has a basement that can and will one day be finished). It is very rare to find a condo with three bedrooms in Minneapolis. It’s also surprisingly difficult to find a condo building that has two-bedroom units but offers a guest room within the building for rent.
And when it comes to the two-bedroom units available … in my experience many of the two-bedroom condos in Minneapolis, especially new construction, don’t have windows in the second bedroom! I find it especially disturbing that these units usually consist of a master suite with a sweeping wall of windows while the secondary room (as in the option for the kid’s room) has no windows at all. I would be less upset by this if it were the exception rather than the norm. Apartment buildings built in Minneapolis, whether as rental or owner occupant, also have a frustrating lack of outdoor space. If they have any private outdoor space at all, it is often limited to small and narrow balconies. The lack of windows and outdoor space are problems for me personally but also things that I consider to be problematic for the city to condone and endorse through our building policies.
The really frustrating thing is that it doesn’t have to be this way at all. On our visits to Europe and the Middle East we have seen many wonderful configurations of high-density housing that allow for plenty of windows and access to outdoor space, both historic and new construction.
But the reality is, based on current market values and activity, the Savers and Perkins will be replaced by apartments like “Luna” next to Davanni’s, set to open in the fall, where rents start at $1,250-for a 451-sq-foot studio-and bedrooms without windows seem to be standard. https://www.apartments.com/luna-minneapolis-mn/4kmtryh/
Whatever goes in on these sites, I doubt it will be in any way, shape, or form accessible to those who patronized any of the previous establishments during their decades of business. There is something chilling in that. 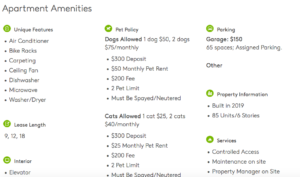 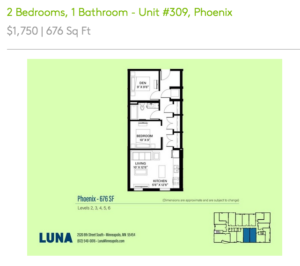 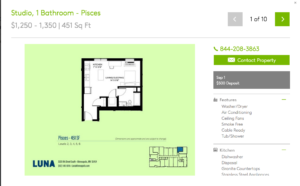 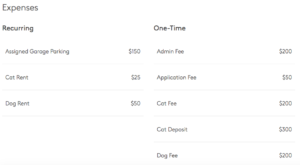