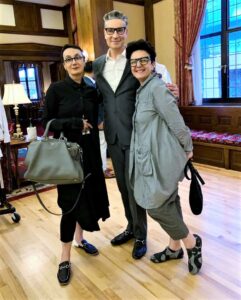 Toward the end of 2018, a few high-profile business closings prompted concern in the media for the health of Grand Avenue’s business environment. In retrospect, this may have been unfounded. Although competing forces of gentrification and economic stagnation for all but the wealthiest consumers, as well as general unease about the future and the normal anxieties of demographic growth and change (both of which may also be baseless) affect the entire Twin Cities area, and Grand Avenue is not exempt, on the whole the street and its commercial microclimate seem to be flourishing, or at least coping pretty well. Grand Avenue is a charming mix of old and new, ephemeral and lasting, traditional and proudly non. It has businesses so cryptic and modern that it’s almost impossible to tell what they actually do, and it has shiny-box apartment buildings insouciantly sprouting up amongst the old brick residences, but it also has the venerable Lexington restaurant, in business at 1096 Grand (corner of Lex Parkway) since 1935, apart from a huge renovation hiatus from 2014 to 2017, and George’s Shoe and Leather Repair, which has been at 672 Grand Ave. since 1905!
To get some perspective, here is a panoramic view of what’s happening on Grand Avenue: businesses that left and what if anything took their places; new businesses; and businesses that are staying the course but maybe have a new business model or a slight upgrade. I could (and will!) do a whole subsection on restaurants, and I could (and will!) do a whole subsection on bookstores. But first, let’s look at some businesses that are neither restaurants nor bookstores, not that I would even know what that is. (Just kidding!)
Atelier957 (not surprisingly located at 957 Grand Ave.) is a stayer, with a slight change in business from last year. Here’s a quick history, quoted from their website: “We are sisters, Marina and Liliya. Over twenty years ago we moved to the U.S. from Kiev. Growing up with a love of clothes and watching our mom as a talented seamstress, I (Marina) became skilled in tailoring and making clothes. … I opened Perfect Fit by Marina, a small … alterations and dressmaking shop … My dream of expanding the business to create a fashion destination for women became a reality in 2012, when we opened ATELIER957 in a Victorian home on Grand Avenue. In summer of 2018, we closed the tailoring shop to focus on the boutique, including a dedicated shoe room. The clothing and accessories we carry are mainly from small designers in Europe and locally in the U.S. who sew or create each piece [by hand].” If you like wearing fashionable women’s clothes that are truly unique, eye-catching and comfortable, or if you love really unusual shoes and arty accessories, you must check out Atelier957. And they have a wide range of sizes for a designer shop, so don’t be shy. To get a taste, see their Facebook page.
J W Hulme’s retail leather accessory store is both a new business and a quite old business to Grand Avenue. Their “story” on their Facebook page says: “Our roots date back to 1905 [coincidentally, the same year as George’s Shoe Repair] to when John Willis Hulme founded our company in St. Paul, Minnesota. Originally a manufacturer of canvas awnings, the company made tents for the army in World War I and soon expanded into cases, bags and equipment for outdoorsmen … Today we make products loved by modern adventurers … Every travel piece, briefcase, and handbag is designed to be a resilient companion for all your journeys, … each bag offers the sensory experience of high-quality leather made from American hides, with solid brass hardware and heavyweight stitching.“ The “new” part is that there was a factory producing these goods on Grand for many years, but that recently closed and reopened as an upscale retail outlet. The factories are now somewhere else.
The Grand Hand Gallery, which we covered previously, is still there at 619 Grand Ave. but has new owners. They have not made many changes except adding a “W2” to the shop name to indicate that two women own it (or to make people think it’s located in the fashionable West End of London). 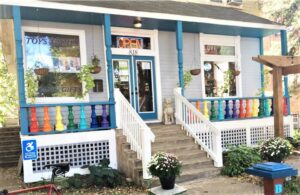 Mischief is new to Grand Avenue. Their initial shop was located on Como Avenue, and was Peapods, a toy and accessory shop for babies and very young children. Mischief grew as an annex to Peapods, and caters to older kids, teens and playful adults. Mischief’s new-this-year shop at 818 Grand Ave. replaces a closed flower shop, the name of which has been lost on the internet. They have a website, a Facebook page, an Instagram account, and a 14-year-old daughter who is their assistant curator of books and comics.
Traditions was a longtime staple of Grand Avenue shopping with its customizable fine furniture, but they also had expanded to a second store in St. Louis Park. In late 2018 they closed the Grand Avenue shop and it is currently undergoing renovations. Word is it will reopen as a branch of Chase Bank.
One of the big stories of 2018-2019 was around the Bibelot, the iconic gift shop founded in the 1960s on Como Avenue in St. Anthony Park by Roxie Freese. Over the years, it expanded to four locations, including Grand Avenue and Linden Hills in Minneapolis. Roxie announced her well-deserved retirement (in her 80s!) last year with a massive closing sale. But before that process completed, Sharon and Tyler Conrad, owners of Good Things, based in Maple Grove and White Bear Lake, offered to buy two of her shops and fold them into their mini-chain, preserving the quality of products and goodwill of both businesses. So now the shop at 1082 Grand Ave. is Good Things, but you can still call it the Bibelot if you want to. 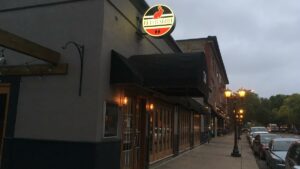 In restaurant news, the “leavers” are Barbary Fig (a fine dining destination); Axel’s Bonfire and Wild Onion (dance and party bars with food); and Sunrise Cafe (adjunct to a food store). That may seem like a lot, but the net amount of restaurants is not down much, if at all. Wild Onion was fairly quickly replaced by Red Rabbit. And Sunrise Cafe didn’t really close; its owner changed the name and nature by opening the Iron Ranger. Both of these new venues are pretty hot right now on Grand Avenue. Red Rabbit, at 788 Grand Ave., is billed as “authentic, uncomplicated Italian.” It’s the second Red Rabbit in the Twin Cities (the first is in Minneapolis’ North Loop restaurant shangri-la). Red Rabbits are in turn an extension of Luke Shimp’s Red Cow chain of four local restaurants. 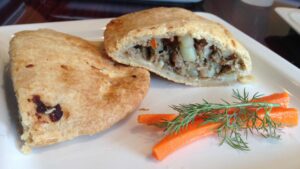 The Iron Ranger at 1085 Grand Ave. is doing exceptionally well. It’s a neighborhood pub that is a continuation of a family business begun over a century ago in the Iron Range town of Hibbing. They serve authentic Iron Range specialties including porketta, poutine, pasties and potica. They also have Croatian cabbage rolls, stromboli, and Iron Range versions of comfort foods like tater tots, cheese curds and nachos. Other menu items include Reubens, cubanos and flatbreads, and there is a wide selection of draft and bottled beers from around the Great Lakes and Twin Cities. Patrons who left online reviews praised the authenticity of the Iron Ranger’s unique mix of Italian, Croatian and Slovenian dishes, offering a “little bit of home” to northern Minnesota natives and introducing new tastes to those who have never ventured north of Duluth. 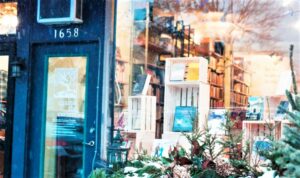 And now, finally, to the bookstores. Against the Current, at 1658 Grand Ave., is a recent addition to the avenue, having been opened in its small space and also online by Macalester alumnus Hal Johnson in late 2017. It advertises Used and Rare Books, an ambitious niche market to be getting into. Meanwhile, sadly, Sixth Chamber Books at 1332 Grand Ave., another great store we covered in last year’s focus, has closed its Saint Paul brick-and-mortar presence, although its sister location, Fox Den Books in Stillwater, is still open, as is its impressive online store. Red Balloon, set to celebrate its 35th year in 2020, is still going strong. And, I know this will be old news to bibliophiles, but for those who aren’t such, Garrison Keillor’s Common Good Books, at 38 Snelling Ave., was bought by Saint Paul booklover Nick Ballas and the name was changed to Next Chapter. So, the good news is that despite the continuing surge of online book sales (a thing I am deeply conflicted about, in a love-hate kind of way) the net loss for 2018-2019 to Saint Paul is zero, or perhaps minus one-half bookstores.