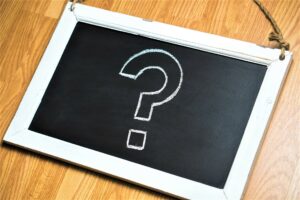 Why did Patrick Crusius kill 22 people in El Paso? Did he see himself as a hero trying to stop the Mexican invasion of Texas? There is conclusive evidence he was directly inspired by the racist rhetoric of President Trump. Did he believe he would be the single spark that could start a prairie fire? That his act would inspire a race war that would make America white again?
That vision of a race war is what Donald Trump is selling. And that’s the message 45% of American voters are buying.
People are horrified, terrified by the acts of white supremacists, and this terror plays right into Donald Trump’s hand. He promises to be the law and order leader, even as he motivates white nationalist mass murderers.
Hitler was the law and order candidate in 1933 in Germany. Right wing terrorists were creating social chaos and then, four months after Hitler was sworn in as Chancellor, the Reichstag burned. Most historians agree Hitler was probably responsible for the fire. Chaos was the midwife of authoritarianism.
Donald was taught racism by his father. Fred Trump was arrested in Queens for refusing to take off his hood in a Ku Klux Klan march. He and Donald got millions from HUD to build houses, and they were under court orders to cease their practices of housing discrimination against people of color.
Woody Guthrie:
I suppose that Old Man Trump knows just how much racial hate
He stirred up in that bloodpot of human hearts
When he drawed that color line
Here at his Beach Haven family project
Hitler hated the Reichstag. He called it a useless debating society. They couldn’t get anything done. Of course, it was the Nazis who blocked any meaningful legislation.
In much the same way, Mitch McConnell has blocked any attempts to regulate the sale of guns. It’s a cruel logic that allows the Republicans to spread terror through the sale of weapons of war and claim to be defending the Bill of Rights and the right of citizens to bear arms.
Hitler wouldn’t allow socialists or communists to vote in the Reichstag. They were unpatriotic.
Trump is going after The Squad, telling them to go back to where they came from. They don’t love this country. They should leave.
Hitler was able to carry out his program of rounding up socialists and communists and Jews and Gypsies because he had strong support in the local police, and they worked closely with the SS.
Trump has ICE and a lot of friends in the local police. The FBI warned in 2006 that white supremacists were joining local police departments. In Minneapolis, the head of the Police Federation, the police union, is also the leader of City Heat, a motorcycle gang that flies Confederate flags and wears Iron Crosses, made up of cops from the Minneapolis/St. Paul metro area, allied with City Heat from Chicago that has a similar history of white officers killing black men.
Hitler was able to organize racist bullies throughout Germany. It was a potent army. They would bully and lie. Liberals were powerless against them. When the bullies attacked them, they ran away.
Three months ago we argued in these pages that the city should fire Bob Kroll for misconduct for disobeying direct orders of the chief of police and mayor to not independently train police officers in the fear-based shoot-to-kill warrior program. The matter, according to Assistant Chief Mike Kjos, is in negotiation.
You wonder, who’s running the MPD? The liberal mayor or the head of the Police Federation?
You wonder. And, then, you worry.