Could we accomplish more with a carbon budget? Can we learn anything from a Norwegian? 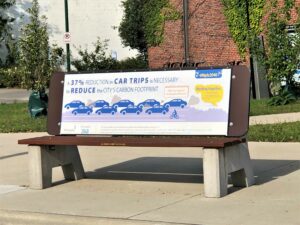 In Minneapolis we are fortunate in that Climate Change is enough of an accepted fact that the city has already set itself goals to reduce carbon emissions. We hit our goal of reducing emissions 15 percent by 2015 and now are looking forward to goals of emissions reductions of 30 percent by 2025, and 80 percent by 2050, using 2006 levels as a baseline (http://www.minneapolismn.gov/sustainability/climate-action-goals/ghg-emissions). This is encouraging in that our city has recognized that there is a problem. It’s concerning, however, that our emissions rose 4 percent last year due to increased use of natural gas (which is now the largest contributor to CO2 emissions in Minneapolis). This is a wake-up call to pay attention to whether our emissions reductions are a direct result of city actions or outside factors such as mild winters (http://www.minneapolismn.gov/www/groups/public/@citycoordinator/documents/webcontent/wcmsp-220432.pdf).

An example of city actions is the Climate Budget in Oslo, Norway.  “Oslo’s Climate Budget is a key governance tool for reaching the targets adopted in Oslo’s Climate and Energy Strategy. It budgets the city’s CO2 emissions in a similar manner to the city’s finances.” (https://ec.europa.eu/environment/europeangreencapital/wp-content/uploads/2018/05/Oslo_Climate_Budget.pdf) Oslo’s climate budget is tied to its fiscal budget process and is reviewed and updated every year. This allows the city to monitor progress and make changes as needed. This, and the fact that there are a number of quantifiable goals over multiple sectors, increases the efficacy of this strategy. The holistic nature of the Oslo approach and the dynamism built in with an annual review allows for swift changes in policy if specific actions aren’t working as hoped. This aggressive approach is necessary as Oslo has the goal of being a “virtually zero-emission city” by 2030 (https://www.klimaoslo.no/wp-content/uploads/sites/88/2019/03/Climate-Budget-2019.pdf).

One of the things that stands out to me in the current document is how Oslo is tackling transportation, which is their main source of CO2 emissions. First, let me emphasize that, while I’ve not been to Norway, I have been to Europe many times, and I feel it’s important to note that the public transit infrastructure in Europe is already light-years ahead of what we have here. That being said, specific improvements to public transit are ongoing (the document cited above specifies boosting funding for procurement of transport services and by extending age related discounts). In addition to this, Oslo is also pursuing multiple measures to increase use of zero-emission vehicles and is allocating funding to speed up installations of battery-charging infrastructure for private cars, vans and taxis.

This is, in part, intriguing to me because in Bill Nye’s book “Unstoppable” he points out that one problem with switching over to renewable energy production is the storage capacity required in such a system. Another problem is that as the battery capacity of electric cars increases and market share of electric cars grows, there will be more of a pull on our electric grid from cars. Nye suggests creating an infrastructure where cars can be plugged in at parking lots and a driver can indicate if they have extra power stored on that battery that they don’t need. While that car is parked, the electric utility can then pull power from the car and credit the individual’s home electric bill. This would also automatically allow renters a way to “buy into” renewable energy even though they cannot put solar panels on their roof.

The Oslo Climate Budget offers us an example of a way we can achieve real large-scale change. Time will tell if they are able to make it to “virtually zero-emissions” status by 2030. But even if they don’t, they will still have made huge strides in the right direction. The City of Minneapolis meanwhile seems to be pinning all its hopes on residents “personal choice-ing” our way out of climate change (http://www.startribune.com/to-cut-pollution-from-cars-minneapolis-wants-more-neighborhood-destinations/492777981/). I find it ironic that one of the main advocates of this strategy, Heather Worthington, admits in this article that, “I live six blocks from a Target, it would be very easy for me to walk to Target. I rarely do.”

It’s time we start moving past recognition that we have a problem and put serious energy into big solutions. 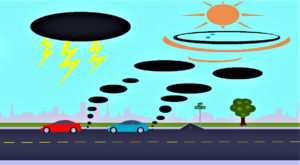