MaLLy’s Journey to a Smile 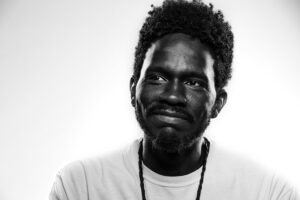 30. To many, the age youth dies. To some, the age you stop caring about looking happy and start caring about *being* happy. This is where MaLLy is at, and he raps with urgency and honesty about growing up, situationships, racism and more while smiling through it all.
“The Journey To A Smile” is a jazzy, soulful record with a mean jab. Sometimes you’re floating with MaLLy through piano-driven prayer (“Praying Since 22”), other times you’re marching in triumph to mystical boom-bap (“Black Moses”). One of Minneapolis’ finest is back and harder than ever with his first full album in five years. The album includes 13 tracks, all produced by PC, with one feature from Aby Wolf, the amazing singer, songwriter and frequent tour mate of Doomtree’s Dessa.
Each song serves as an ode to life, self-empowerment, embracing one’s true identity, and the redefinition of spirituality and masculinity.
“The Journey To A Smile” was released on Sept. 24 and is now available on all streaming platforms including SoundCloud, Spotify, YouTube, Bandcamp and iTunes. It is also available to purchase online and at select retailers such as Electric Fetus, Cheapo, Urban Lights and Down In the Valley.
Malik Watkins, better known by his stage name MaLLy, is an independent hip-hop artist from Minneapolis, Minnesota. Active since 2009, MaLLy has cemented his place in the Twin Cities music scene with a strong discography boasting three critically acclaimed albums—“The Passion,” “The Last Great…,” and “The Colors of Black”—along with two well-received EPs including “Free on the 15th” and “Strange Rhythm.” In 2012, he was voted the Twin Cities’ best hip-hop artist by City Pages, and has been recognized by other local and national press outlets including the Star Tribune, 2DopeBoyz, Uproxx, and Complex Magazine. Prominent industry figures such as Monie Love, Sway Calloway, Swif N Wessun, and Chuck D have lauded his work.
MaLLy has toured nationwide with Atmosphere on their “Welcome to Minnesota” tour in 2012, with Brother Ali on his “Home Away From Home” tour in 2014, and with Webster X and Kweku Collins on the Orbit Series Tour in 2015. Additionally, he’s made two appearances—one as a performer (2011) and one as co-host with Brother Ali (2012)—at Soundset, the largest hip-hop festival in Minnesota.
MaLLy is known for exhibiting a strong artistic duality in his music; he owns both a commanding, fiery delivery of rhymes detailing his ambition with an introspective tone of a man striving for improvement of self and the world around him. His wordplay, tonal variety and the universal nature of his subject matter are highlights of MaLLy’s content which appeals to a broad spectrum of listeners.
He continues to perform, serve as a teaching artist and collaborate with community-oriented organizations dedicated to the arts and social justice such as Common Ground Meditation Center, TruArtSpeaks, COMPAS, Kulture Klub Collaborative and KRSM Radio. In 2018, MaLLy was awarded the McKnight Foundation Fellowship for musicians. 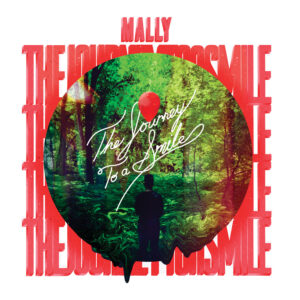