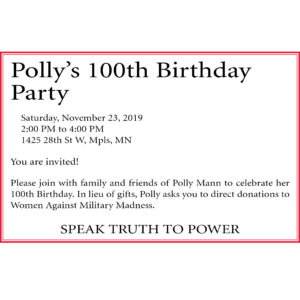 Do Genocide and Slavery Ever Become History?

Too many of the book reviews I find online, in magazines or books are too long for my use. So, I end up writing reviews of reviews. Following is my review of a book review written by Deborah Lipstadt and published in The New York Times. The book is entitled, “Learning from the Germans” and it was written by Susan Neiman.
Twenty years after World War II, Communist East Germany claimed that East Germany was a postwar antifascist state and all the former Nazis were in West Germany, and West Germany insisted that only the Third Reich’s leadership knew of the mass murders. However, in the heart of Berlin today there is a statue, a memorial to the six million Jews who were murdered by Germans without mention of East or West Germans.
Born and raised in the South, author Susan Neiman moved to Germany to write this book. She found eerie similarities between the response of first-generation postwar Germans to their evil past and of many Americans, particularly Southerners, to theirs. Germans, almost uniformly, rejected any comparison. They suggested that what they did was far worse than slavery. Americans also uniformly rejected the comparison. Neiman closes her book with a quote from William Faulkner: “The past is never dead. It’s not even past.”

How Can We Protect Our Children?

I suspect that the overwhelming majority of American women could come up with a childhood experience like mine. It occurred when I was in grade school and involved our next-door neighbor, Mr. Blank, who owned the biggest lumber yard in the town. Every Friday after work he would sweep his garage, empty waste baskets and mow his lawn. One particular Friday afternoon I was sitting on his porch swing and he joined me. It was a warm day and as he was removing his sweater he leaned over and put his hand up under the elastic on my bloomers. I knew this was wrong but I didn’t know what to do. So, I quickly got up and left, saying I had chores to do at home. It bothered me and I had a hard time going to sleep that night. I knew if I told my grandmother, with whom I lived, she would be furious and she probably wouldn’t be friends with Mrs. Blank, so I did nothing. Of course, I never sat on the porch swing again and I avoided Mr. Blank from that time on.
I am reminded of this incident as I read about children who are sexually abused and I feel for them. Something should be done about sexual abuse, but just exactly what that would be I don’t know. There’s no question but that prevention is called for, but I think that many parents feel incompetent. The New York Times allocated two full pages and a bit more with the headline, “Child Sex Abuse on the Internet.” The headline of the September 29 article is: “Stolen Innocence Gone Viral.”
The National Center for Missing and Exploited Children described a system “at the breaking point,” with reports of abusive images “exceeding the capabilities of independent clearing houses and law enforcement to take action.” After years of monitoring the material, several major tech companies, including Facebook and Google, have stepped up their attention to the issue. Facebook announced a decision in March to encrypt Messenger, which last year was responsible for nearly 12 million of the 18.4 million worldwide reports of child sexual abuse material. Last year reports encompassed 45 million photos and videos.
The Congress of 2018 foresaw the need for more legislation. It has regularly allocated about half of $60 million in yearly funding of law enforcement. Stacie B. Harris, the Justice Department’s coordinator over the past year, said the exploitation was systemic, extending well beyond the reach of her department and her tenure there. Increasingly criminals are using encryption to stay ahead of the police.
Funding for police is always an issue. According to Flint Waters, a special agent for the state of Wyoming, testifying about criminal sexual violence, “We are overwhelmed; we are underfunded and we are drowning in a tidal wave of tragedy.” The National Center for Missing and Exploited Children, founded in 1984 after the well-publicized kidnapping and murder of a 6-year-old Florida boy, Adam Walsh, has not kept up as child exploitation has grown.
It is an ongoing and sad situation.