Neoliberal vs. socialist politics in the Minneapolis housing market 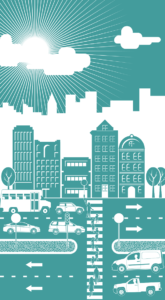 Two members of the Collaborative Planning Committee (CPC), which was initiated by Council Member Phillipe Cunningham as a way to engage community residents in the process around the development of the Upper Harbor Terminal (UHT), recently resigned. In their letter of resignation, Tessa Antilla and Paul Bauknight said something that cuts right to the heart of the challenge we face as a city and as a nation in our efforts to grow and/or improve our communities: “A fundamental challenge to the city’s goals of equity and inclusivity for the UHT development is its grounding in a market-based real estate development process. Real estate development is an extractive wealth building process. It must engage a capitalist system that is not now nor has it ever been equitable.” (citation: https://www.vox.mn/post/two-top-members-resign-from-city-planning-committee)
While the letter penned by Antilla and Bauknight was specifically about the UHT, it resonated with me as a reflection of the current political rift in American politics. We are at a moment politically when we are finally seeing serious questioning of our neoliberal status quo and a rise in Democratic socialism as championed by Bernie Sanders and Alexandria Ocasio-Cortez.
In discussions of housing development and housing affordability, neoliberal policies argue for market-based solutions with a focus on supply and demand. This is exemplified by the American Legislative Exchange Council (ALEC), which drafted model legislation for state lawmakers: “Affordable Housing Construction Stimulation Act” of 1995 states, “In order to increase the construction of low-income housing, this act allows certain requirements a developer must meet under a municipal housing or building code to be waived …” (https://www.alecexposed.org/w/images/6/62/1A0-Affordable_Housing_Construction_Stimulation_Act_Exposed.pdf). And ALEC currently states on its website, “Creating a market-oriented housing policy that allows housing supply to fit demand and encourages the creation of affordable housing through market forces can boost a state’s human capital and help to develop an area’s economy.” (https://www.alec.org/issue/economic-development/). The recently-adopted Minneapolis 2040 Plan falls under this philosophy when it comes to creating affordable housing.
Meanwhile, also in Minneapolis, the Minneapolis Public Housing Authority (MPHA) is pursuing a federal program called Rental Assistance Demonstration (RAD) to fund rehabilitation of public housing that is suffering from too-long deferred maintenance (https://www.minnpost.com/metro/2019/04/the-minneapolis-public-housing-authority-is-changing-the-way-it-does-business-and-some-city-council-members-are-worried-about-it/). According to the Minnesota Spokesman-Recorder, “RAD’s program structure allows housing agencies to partner with private and nonprofit enterprises to secure funds, as well as to change one form of subsidized housing to another.” According to MPHA, these private funds would be borrowed from banks, philanthropic organizations, or foundations and that these “investors” would receive tax credits in exchange for their investments (https://spokesman-recorder.com/2019/06/06/public-housing-rehab-sparks-fears-of-privatization/). Call me a cynic, but the idea of private investors (even philanthropic organizations or foundations) giving millions of dollars to MPHA for some tax credits just doesn’t add up to me.
Encouragingly, at the national level, Alexandria Ocasio-Cortez recently released her “Green New Deal for Public Housing Act,” which would not only put tax dollars at work on deferred maintenance in public housing, but would also implement energy efficiency retrofits at the same time (https://ocasio-cortez.house.gov/gnd/public-housing). This bill has incredible potential to improve the quality of housing for so many people while reducing not only the operational costs of public housing but also greatly reducing the carbon footprint of this housing. But it doesn’t stop there! The bill would also eliminate federal caps on the construction of new public housing units. The growing push for better and more public housing options can also be seen in the “Homes Guarantee” proposal put forward by People’s Action. (https://www.citylab.com/equity/2019/11/green-new-deal-public-housing-sanders-ocasio-cortez-retrofit/602002/)
While these pushes for public housing funding at the federal level are encouraging, they are still in the early stages. Even if we are able to achieve great reforms to funding for public housing at a federal level, will MPHA’s pursuit of RAD for our current public housing stock hamper future opportunities under more progressive legislation? Could the redevelopment of UHT benefit from the funding proposed in Ocasio-Cortez’s bill? While I understand the desire to move quickly on these issues, could we perhaps benefit from slowing down our timeline a little? It would be a tragedy for the city to give away so much of what we have when we could be on the cusp of such awesome opportunities to pursue equity and environmental justice in our city.