“Your sacrifice in fighting against the war in Vietnam defined your life.” Someone recently wrote that to me, and it is true. “Sacrifice”—I’m not sure about that word. At the time, I was young (mid-20s), now I’m old (mid-70s). Like the guys (some gals) who went to Nam, I was trying to be a Good American. Here’s all I can say—Follow your conscience and be true to yourself. For me, after fulfilling two years of Conscientious Objector service at the U of MN’s Newman Center under the inspiration of my peace hero, Father Harry Bury, I raided draft boards, went on trial, and then went off to federal prison … so it went. But my most significant impact, and that of my fellow “Minnesota 8” draft board raiders, was nudging Dan Ellsberg as he made his final moral stand and released the Pentagon Papers, after being a witness at our trial (1971). For many, it was Dan’s moral stand that flipped out President Nixon, who sent the future “Watergate burglars” to steal Dan’s medical files … all of which led to Nixon’s self-destruction and resignation, and contributed to an eventual end to the Vietnam War.
Have conditions in America changed that much since the Sixties? Coleen Rowley (FBI) and Colonel Ann Wright are living heroes whom younger folk should meet and listen to, as is retired Minnesota State Representative Karen Clark. In many ways, things are better today in respect to the hope and courage these women represent. My own actions led to a greater awareness of the moral complexity of the ongoing social and cultural challenges we face as “We, the People.” In a sense, today, we know more of our communal Darkness … which, somewhat ironically, enables us to see more of the communal Light that shines from every quarter of our nation. All people, especially the young (of heart!), should be strengthened by the contemporary peace-making actions of so many. Just know that you will never be able to clearly see the impact of your witness and actions beforehand—often only at your funeral will others properly describe your life! Possibly.
What is the legacy of the Sixties? Look forward, not backwards! Learn from the past but live for and into the future. That’s how I survived prison. I learned to live raw and freely after a mostly stable Roman Catholic upbringing and “formation.” There’s little doubt that words like growing up, maturing, aging, and the like sound good, but they are fraught with growing pains, humility, self-denial, and the like. Looking forward takes grit and courage, which is ultimately rewarded with a deep sense of inner peace, no matter what others say about you. Remember, you only come this way once, so kick some butt! Especially your own. Ha.
________________________

Francis X. Kroncke, federal inmate 8867-147, is a seeker who has journeyed through the monastic life, the theological academy, federal courtrooms, a federal prison cell, and the byways of corporate America. In 1970, he took his Catholic theology into the American courts as he defended his draft board raiding crime, re: the trials of the “Minnesota 8.” 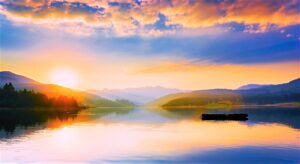