The Church responds to war 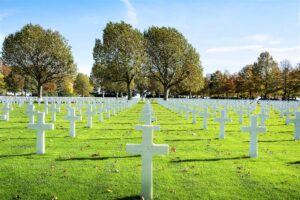 As the drums beat once more to rev up the nation for war with Iran, the moral, religious and psychological consequences get little consideration. As a deacon called by the ELCA (Evangelical Lutheran Church in America) to address the suffering of military veterans and their families, I will attempt to briefly address these issues.
War is evil. “War is the greatest plague that can afflict humanity; it destroys religions, it destroys states, it destroys families,” said Martin Luther, the unintentional namesake of my religious denomination. From his perspective in 16th century Europe, he proclaimed, “Any scourge is preferable to it {war}.”
Christian military chaplain William Mahedy from his perspective in the American War in Vietnam wrote, “War is a moral sewer.” In war, combatants are encouraged to excel in activities that are crimes in civil society. In lawful societies, we criminalize these activities because they rupture the harmony of how we live together. Our capacity to love and trust and flourish is impaired by violence.
In recent years, we have begun to identify lasting moral injury that stems from violating these “laws of the heart.” I encourage you to read more at https://www.warandmoralinjury.org/faq.
While war-making also destroys homes, psyches and livelihoods, taking life is an irrecoverable consequence. Here I stand in the midst of countless popular fictions to proclaim a counter-narrative: Killing can’t be undone. Rarely does our entertainment community tell the truth about the consequences of taking life; the truth is too painful to be popular. We pretend as though killing is without consequence in fictions such as Rambo and James Bond.
Countless military veterans have struggled with the aftermath of doing what they were trained and sent to do—as have their families and communities. Indeed, there have been little-understood ramifications for all of us. Having been targets and perpetrators of lethal violence, one of the common ramifications is never feeling safe again.
As individuals trying to be moral actors in our world, we turn to our religions for guidance for doing what is right. Clearly there are great differences in our religions and within our religions. As ELCA, we have a long and thorough process of developing social statements: well-researched and thoughtful documents about how our theology applies to daily life that are then voted on by assemblies—always asking for God’s guidance.
Additionally, ELCA Lutherans gather in annual congregational meetings and send representatives to our local synod assembly—here the Minneapolis Area Synod—and resolutions are brought forward. To accurately speak on behalf of our church, I refer below to such a particular resolution addressing U.S. war efforts. In our deliberations, we refer constantly to the Bible and to the leadership of Jesus, but space does not permit including that here.
In our resolution on U.S. war efforts, our synod assembly called for these actions:
First, we called on the congregations and people of this synod to a time of communal soul-searching on the moral impact and societal consequences of expanded U.S. war efforts. Specifically, we need to reflect on what reacting to violence with more violence has achieved.
We further made three requests of our congressional delegation:
1) To follow the U.S. Constitution’s insistence that only the Congress can authorize war;
2) To remove consent for the Authorization for Use of Military Force (AUMF), passed by the Congress in the immediate aftermath of the 9/11/01 tragedy, so that it is not applied indefinitely and indiscriminately to all countries and targets;
3) And that Congress hold hearings evaluating the consequences of U.S. military action since 1990 on global violence and instability and issue a report.
I will note that Representative Ilhan Omar’s War Powers resolution, passed by the House of Representatives on January 9, 2020, is in accord with the requests to require congressional approval for war and to limit use of the old AUMF’s granted in such different circumstances.
Overall, the issue is to discern when it is legal, permissible, to kill—the irrecoverable consequence.
In the Lutheran synod assembly’s explanation for the “Soul-Searching on Expanded War Efforts” resolution, it talks about our current situation: “Our world finds itself simultaneously dealing with promoters of religious war and of war between nuclear powers. Since 1990, U.S. policy has expanded our targets for lethal military action to many global settings. In waging war, harm to the next generations in environmental destruction and genetic mutation is caused as well as much acute human misery. In waging war, great public expense is incurred removing resources from life-sustaining and vital social needs. In waging war since 9/11/01, nearly half of American military personnel have identified themselves as suffering from chronic disabilities impairing life for themselves and their families/communities and causing an epidemic in suicide and early deaths.”
Our synod passed this resolution before the most recent assassination of an Iranian general (along with nine others), but the resolution has been recently affirmed as still appropriate. Lutherans have long supported the primacy of conscience. The large tent of our belief includes supporting those who conscientiously object to all war killing.
Side note: We celebrate the Rev. Martin Luther King Jr. at this time on the calendar. He and his father share the name of the Protestant reformer because after learning more about Martin Luther, MLK Jr.’s father legally changed both their names. Both MLK father and son were Baptist Protestant pastors. MLK Jr. preached against all forms of injustice. He preached that, as the Poor People’s Campaign states, “the interlocking injustices of systemic racism, poverty, ecological devastation, the war economy/militarism and the distorted moral narrative of religious nationalism must be ended.”